“Young people have the responsibility of making peace a reality”

“The event, organized by the Externado University and the Mexican Embassy in Colombia, was held  in celebration of the Colombia – Mexico Year, and had participation by personalities experienced in the subject, who presented their points of view in two panels: “Peaceful and inclusive societies in Latin America” and “Success stories: perspectives for the region. Visions from Mexico and Colombia.”

The event was inaugurated by Rector Juan Carlos Henao, who expressed his gratitude to the panelists; especially, Blanca Alcalá Ruiz, Mexico Ambassador in Colombia, for making this important meeting a reality. “The name of this forum is part of a dream, of an Externado de Colombia University ideology (…) We promote inclusive democracy, pluralism, tolerance, dignify one another,” said the rector, who added:” I speak not as a negotiator but as a rector, the Externado University is committed to peace; I state this publicly and without fear.”

On the other hand, Father de Roux explained the challenges faced by the entity he presides, which are not only to tell the truth about the violence exerted by many but dignifying the victims, among other aspects. He stated the Truth Commission is one of the three tools making up the system of Justice, Truth, Reparation, and Non-Recurrence.  Also, he said, when he was offered to chair the Commission, he became afraid; not of losing his life, but afraid of not being able to fulfill his obligation to the country.

“I am not afraid of criticism, not afraid for my life, we are in a country with difficulties and are not seeking our security, but that of the victims; I am afraid to not live up to such a great challenge.”

“I would like to take this opportunity to tell young people that we are not judges, the judges are in the JEP; we cannot condemn anyone, and we are doing something we cannot do without you: clarify what happened in this conflict. I urge young people to make changes; you are the generation having to implement the peace agreements over the next 20 years; if you do not, Colombia will return to the barbarian war we have already experienced, “concluded Francisco de Roux.

Upon listening to these words, Rector Henao, visibly moved, spoke of his appreciation for the priest, his “paisano” with whom he collaborated in the drafting of the peace agreement traditional justice document. “I want to say that I have the highest admiration a person can have, for “Pacho;” I love to hear him speak, he is one of the most authoritative voices in Colombia, not only for his conviction but because he has risked his life,” said the Rector.

For her part, the Mexico Ambassador stated: “I am sure that Colombia and Mexico are countries facing enormous challenges, but I am also sure the young generation will have in their hands the possibility of constructing a world different to the one built by earlier generations. I hope this forum will open minds and warm hearts”, concluded Ambassador Blanca Alcalá Ruiz.

The first panel centered on the importance of living in equality, dignifying people, accepting differences, and living in a democracy.  Participants included Heidi Abuchaibe Director of the Finance, Government and International Relations Center for Postgraduate Studies; Henry Murrain, CEO of Corpovisionarios; Leonel Narváez, President of the Foundation for Reconciliation, and Manuel Carrillo, Coordinator of International Affairs of the National Electoral Institute of Mexico. Carrillo stated, “there is no perfect democracy, as it is an improvement process; living in this gradual and fragmented process leads to a more inclusive society and obtaining peace based on agreement and political strength, not on strong politics.”

The event’s goal was to analyze aspects contributing to the construction of a global governance ideal, to prepare us for the new global situation and the socio-political and economic interaction changes. 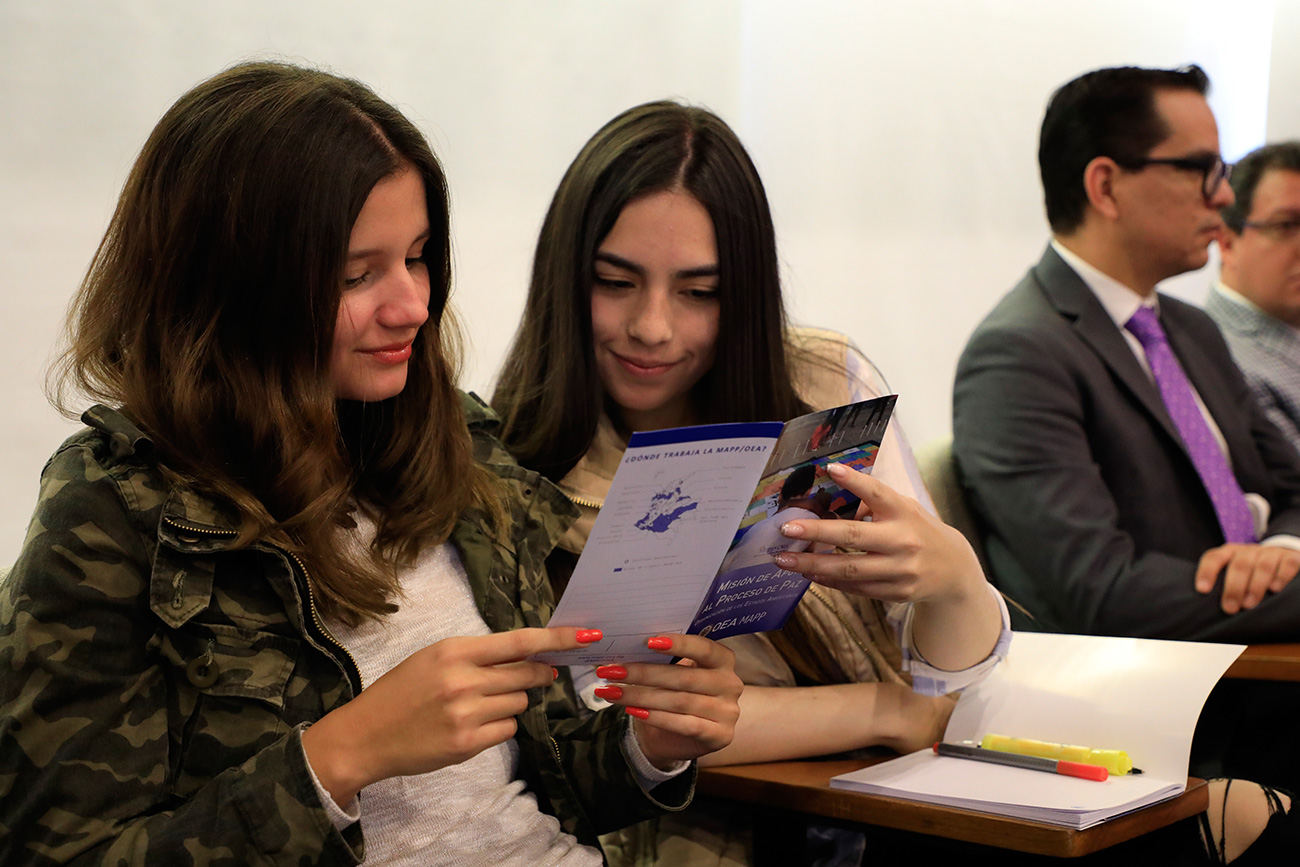 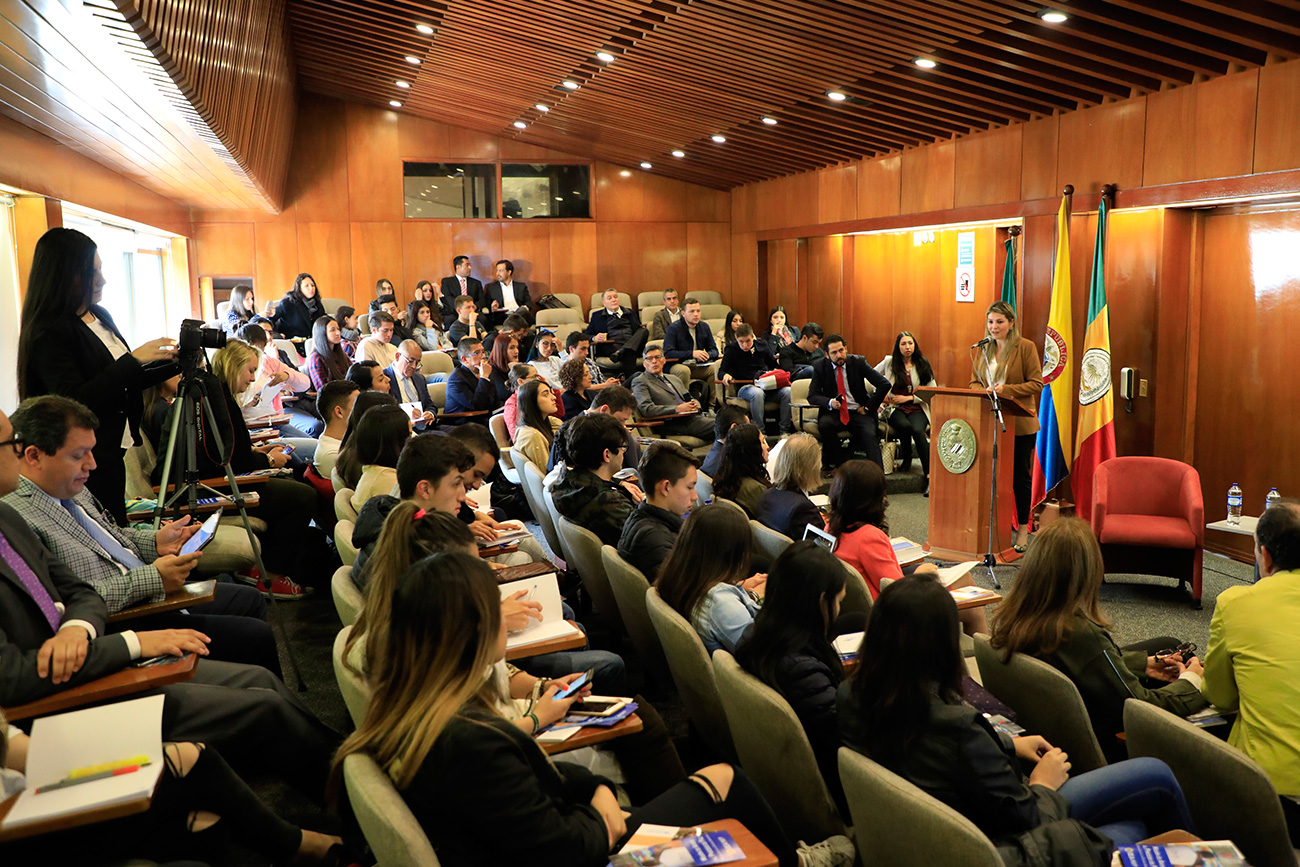 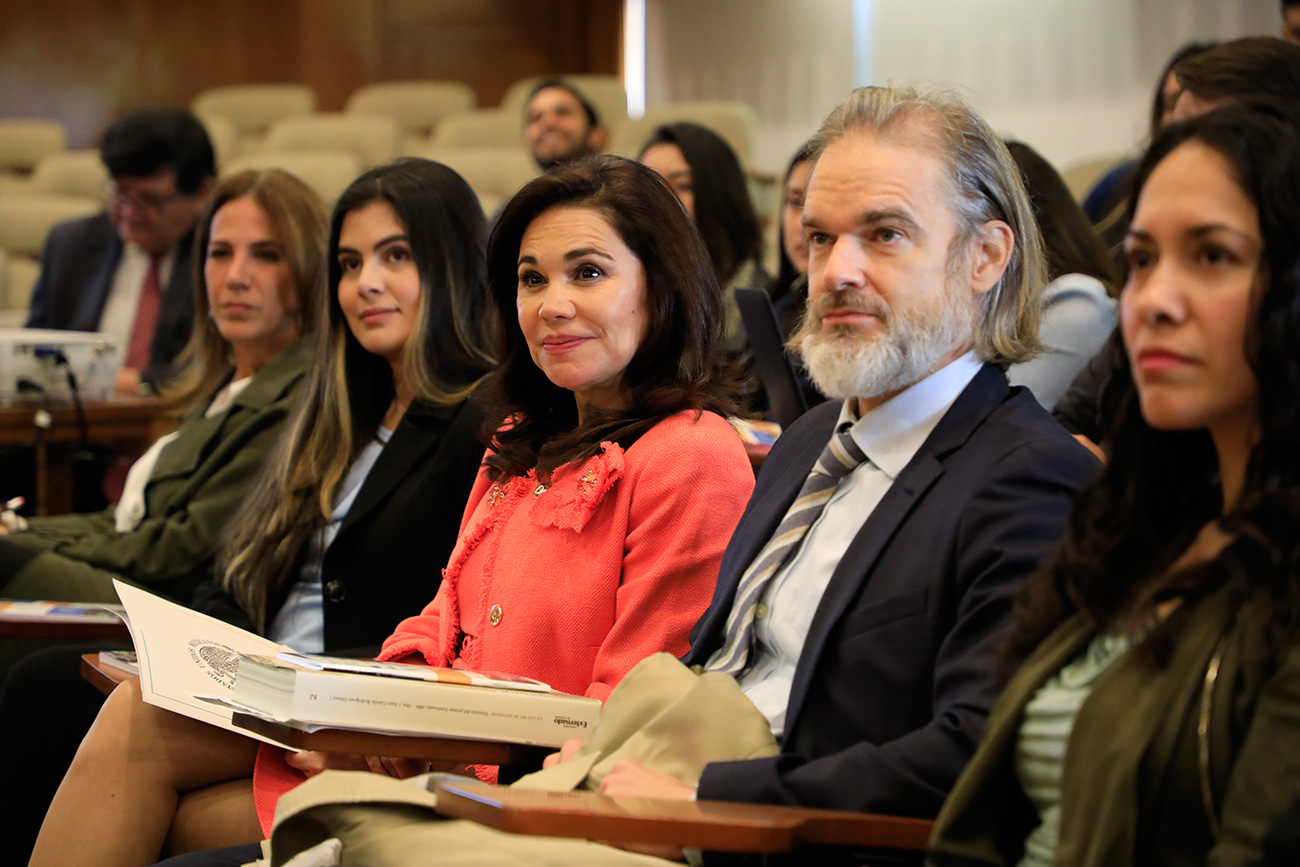 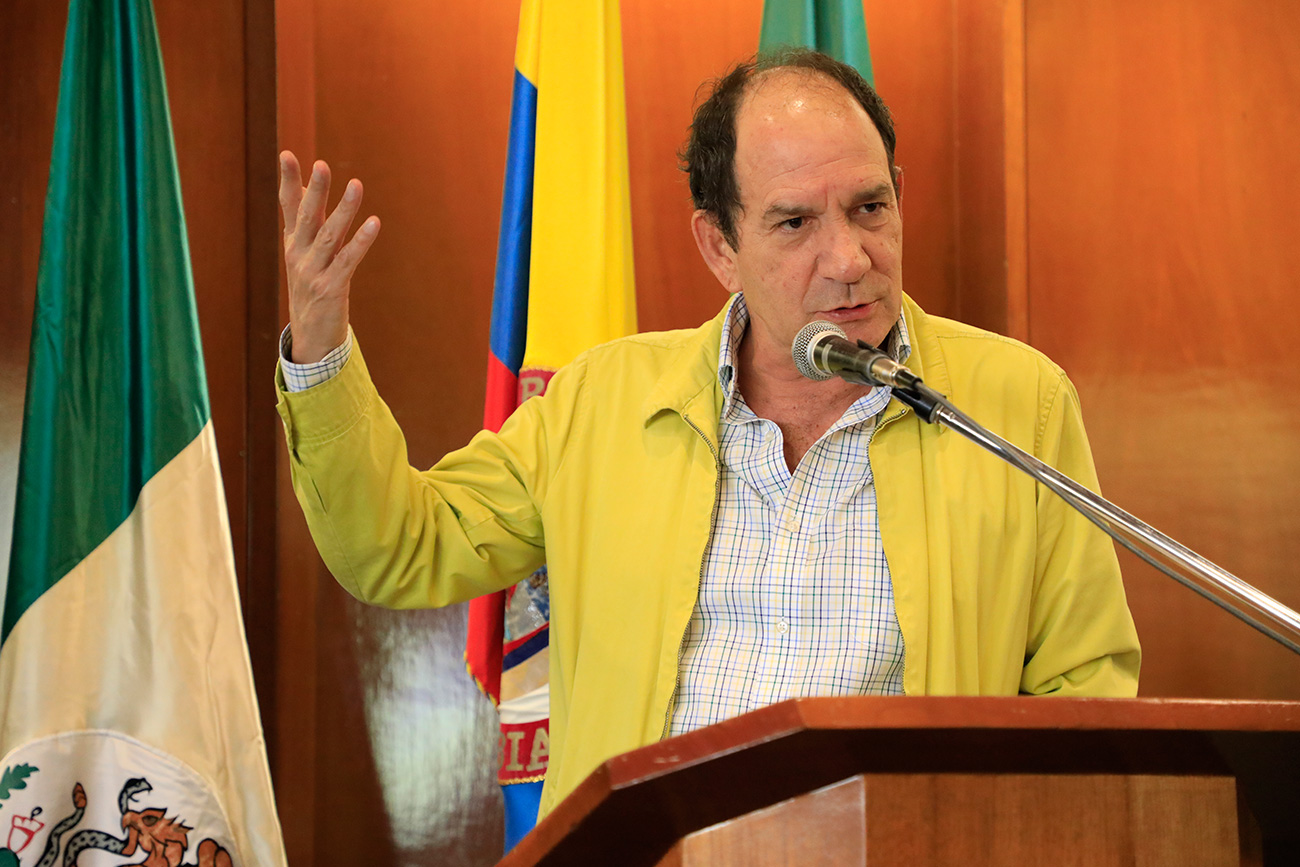 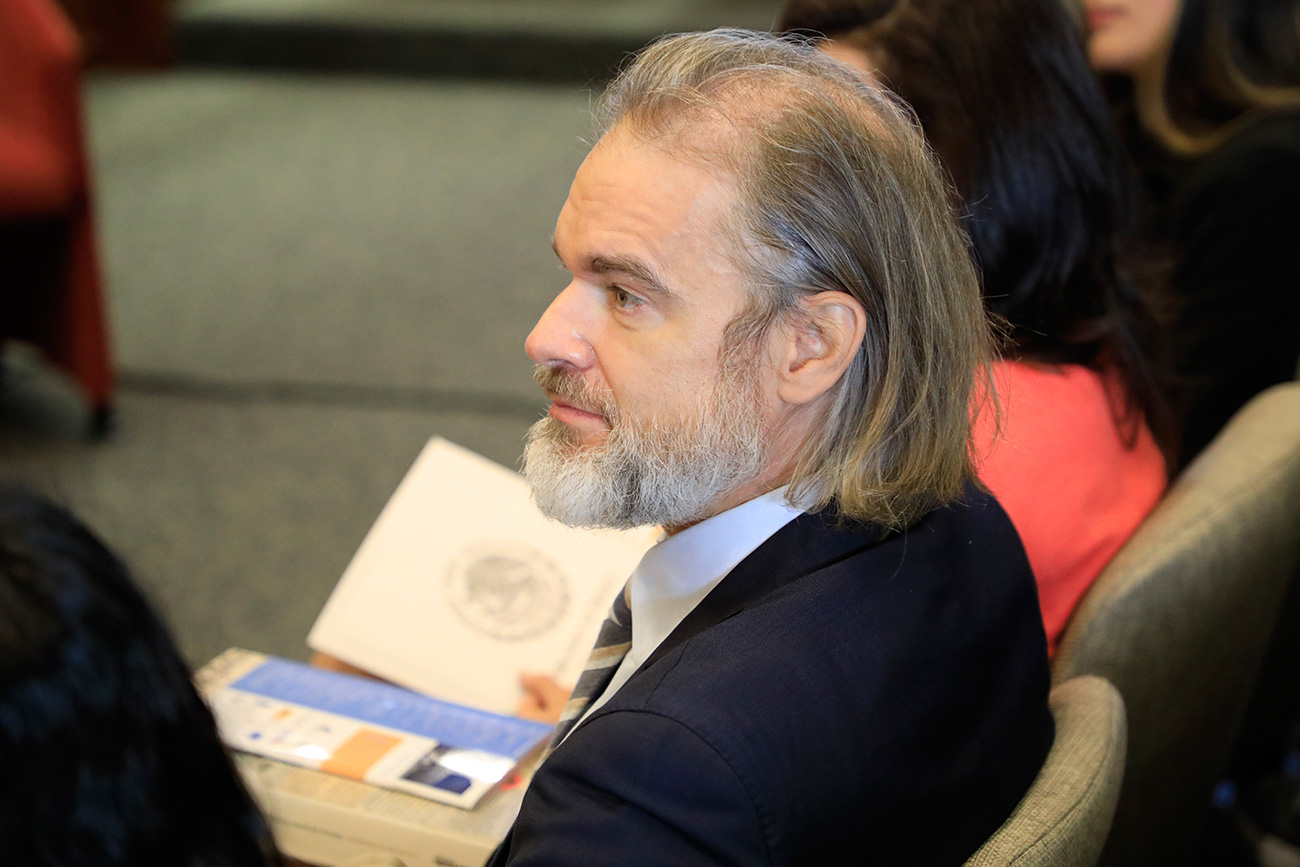 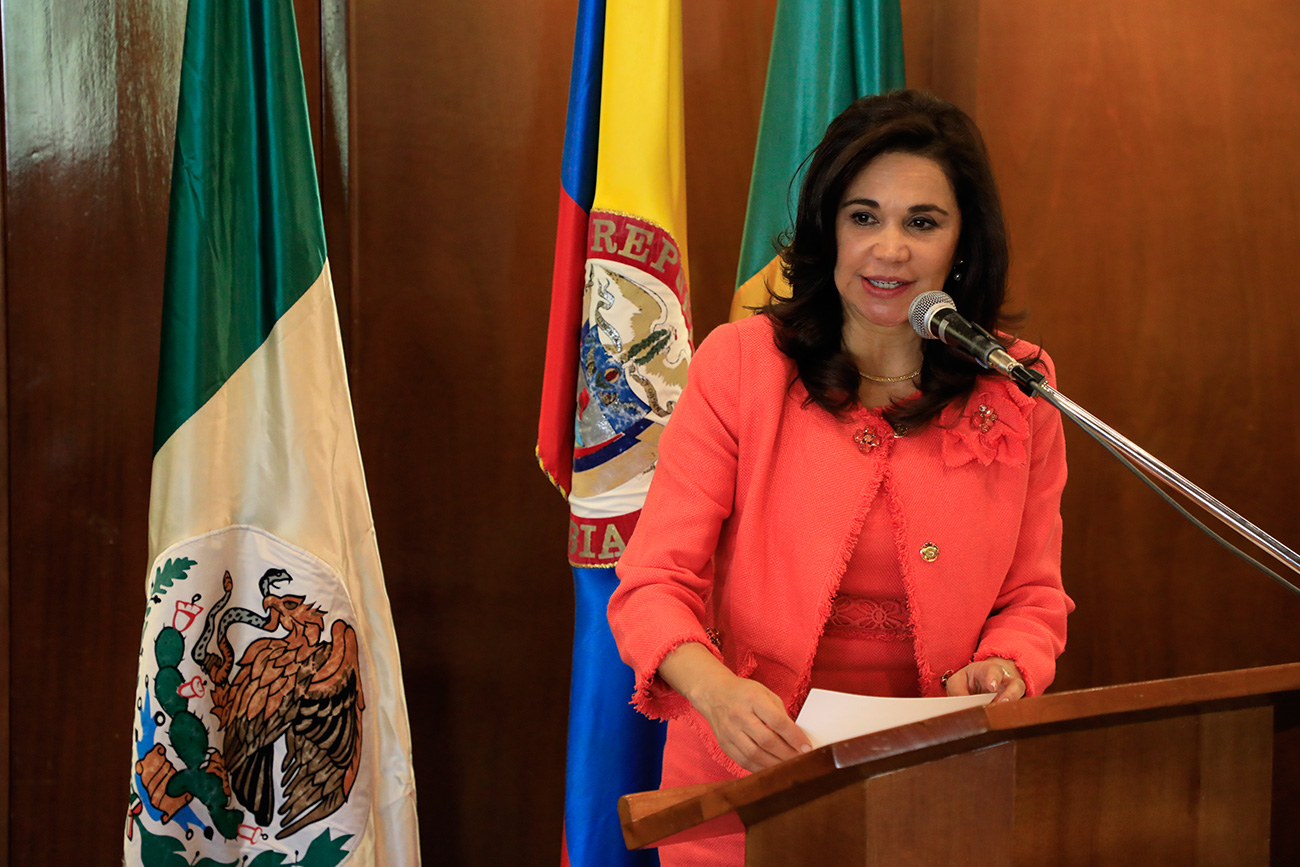 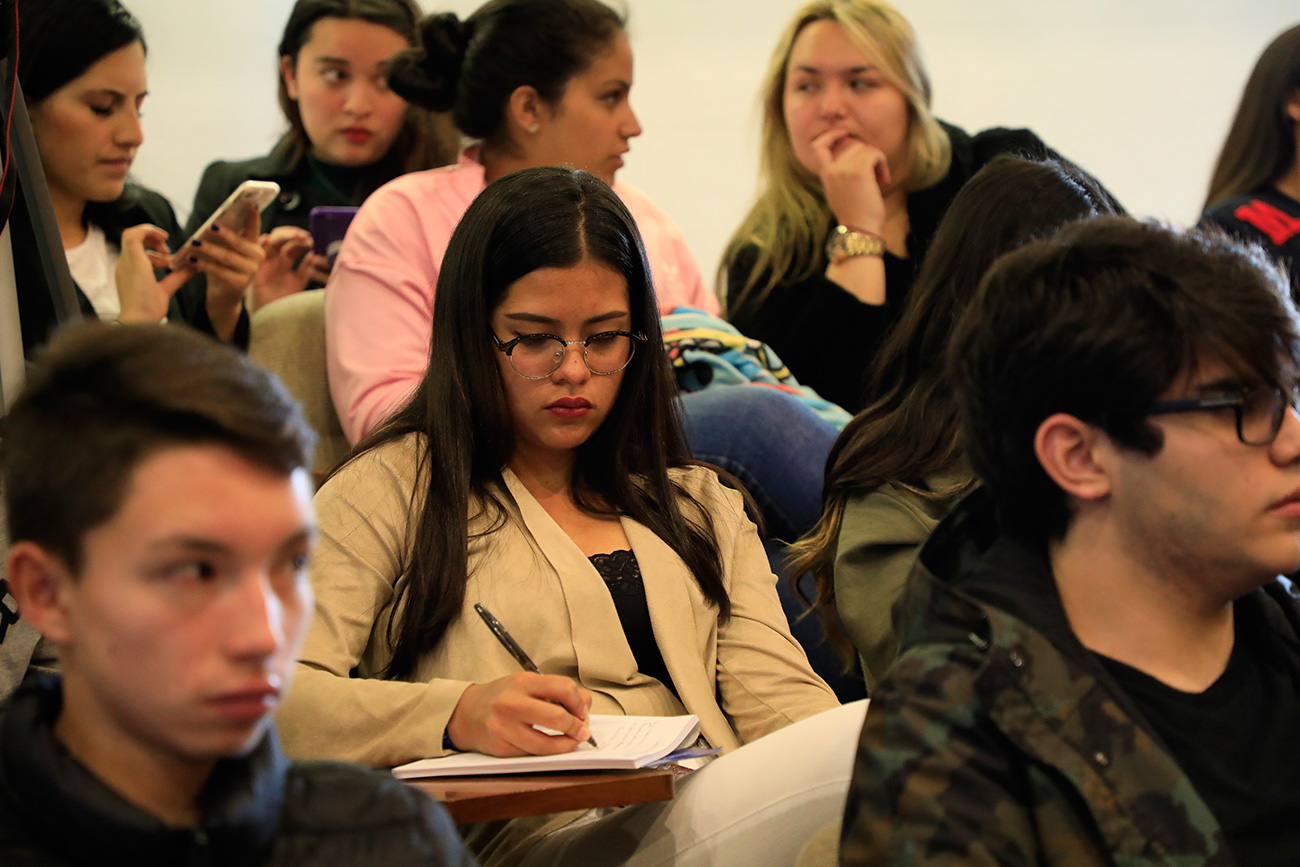 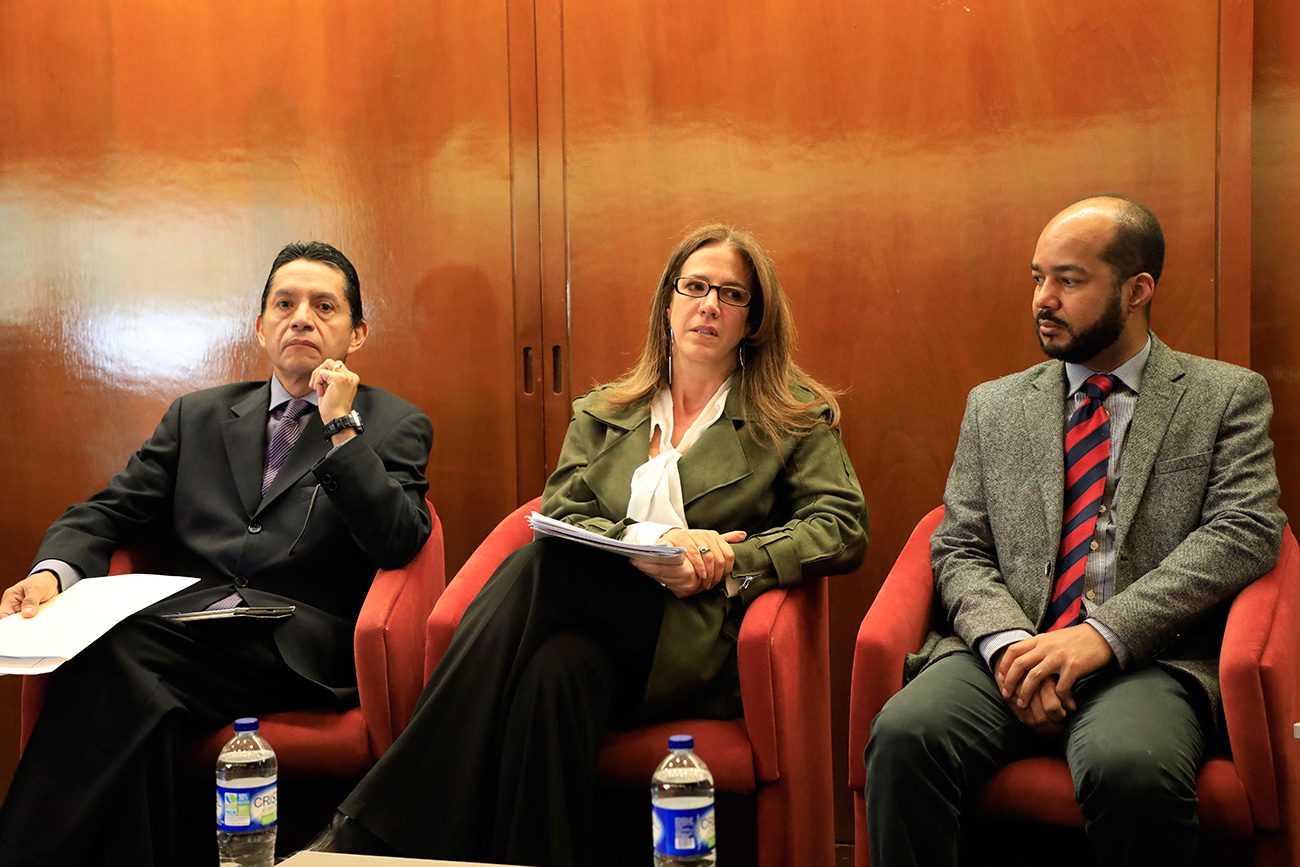 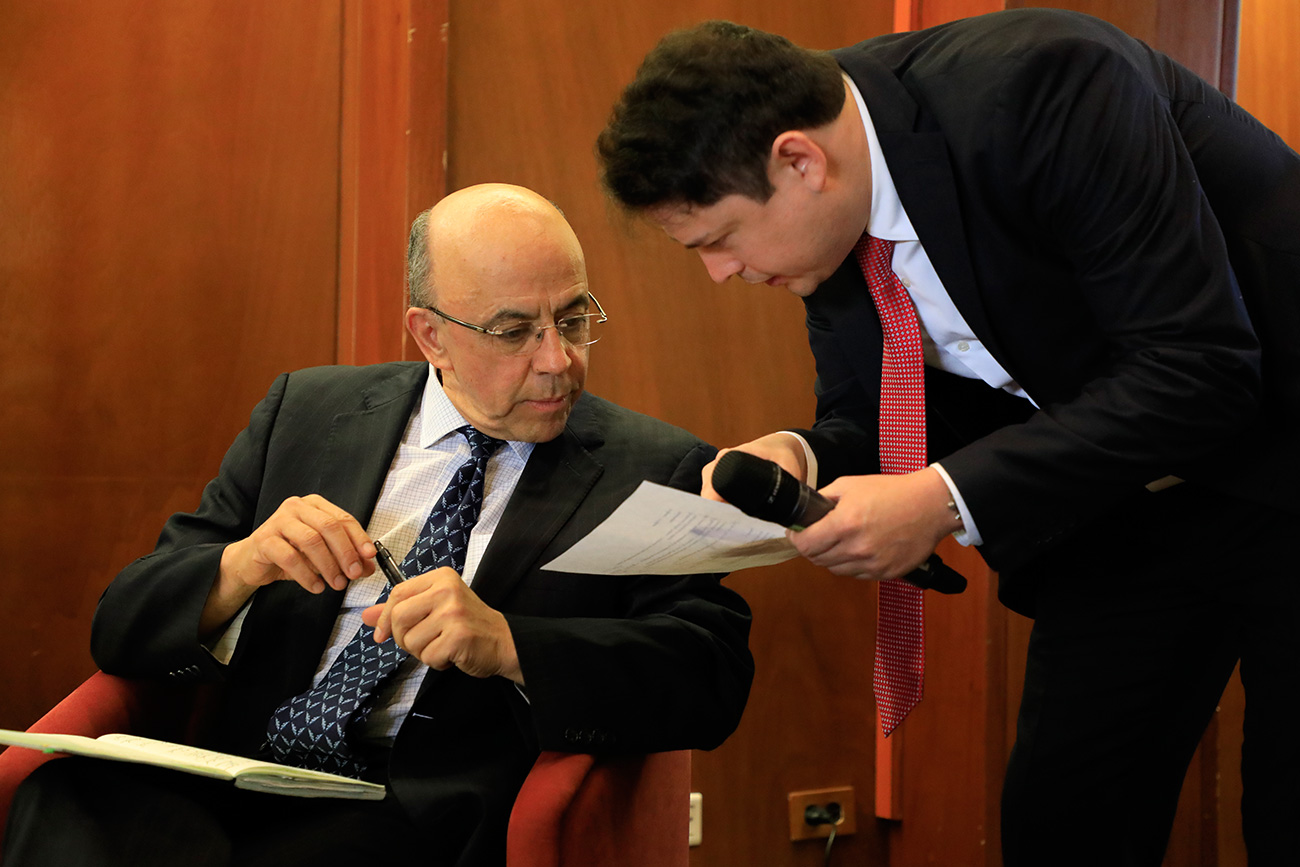 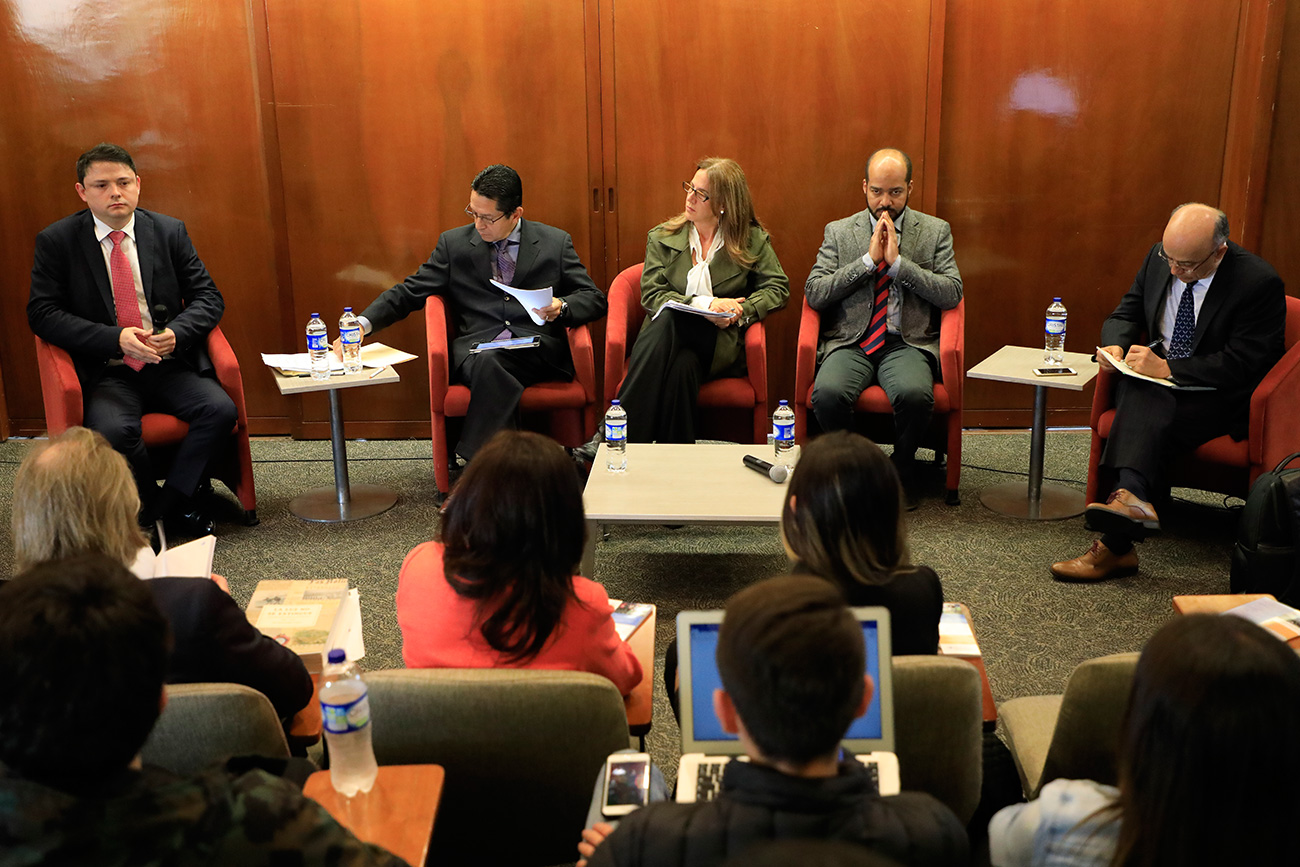 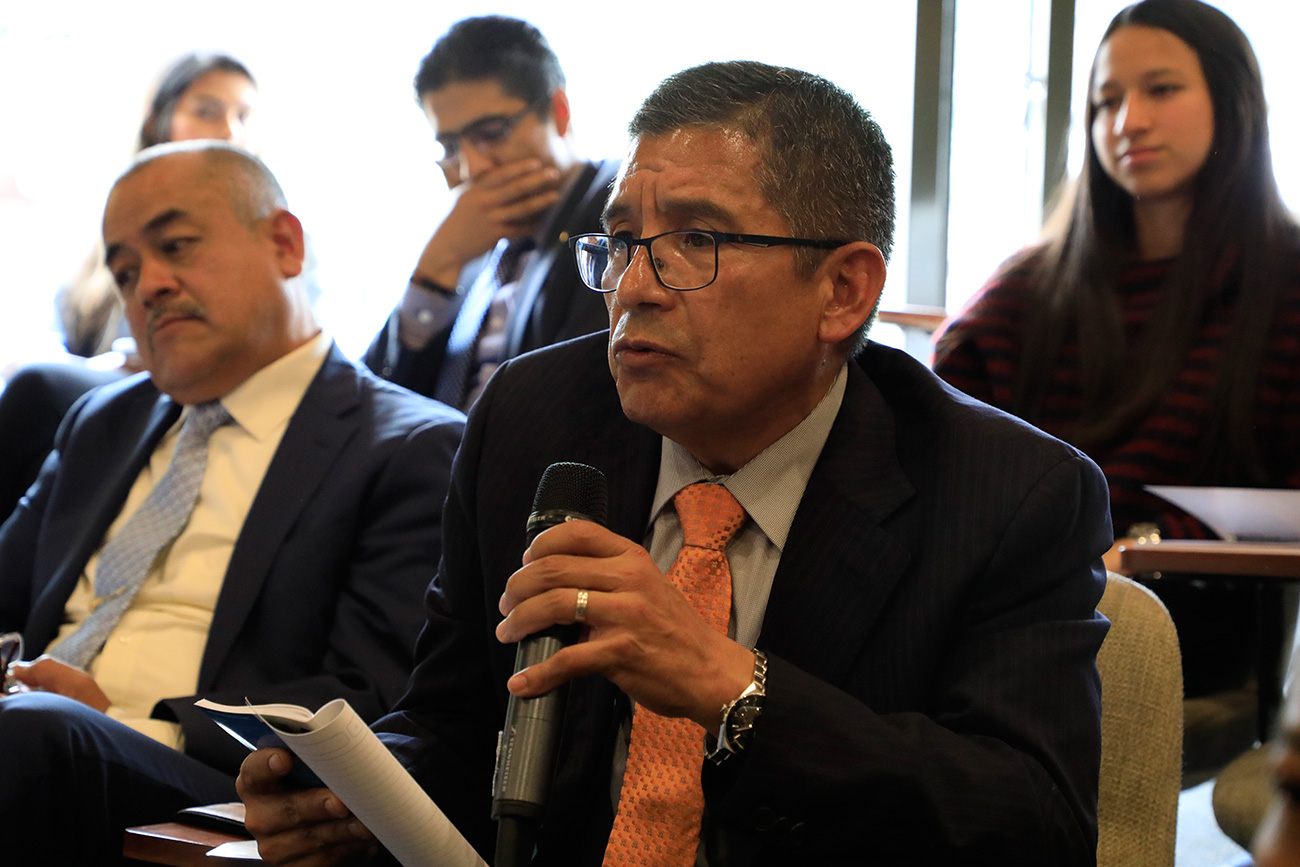 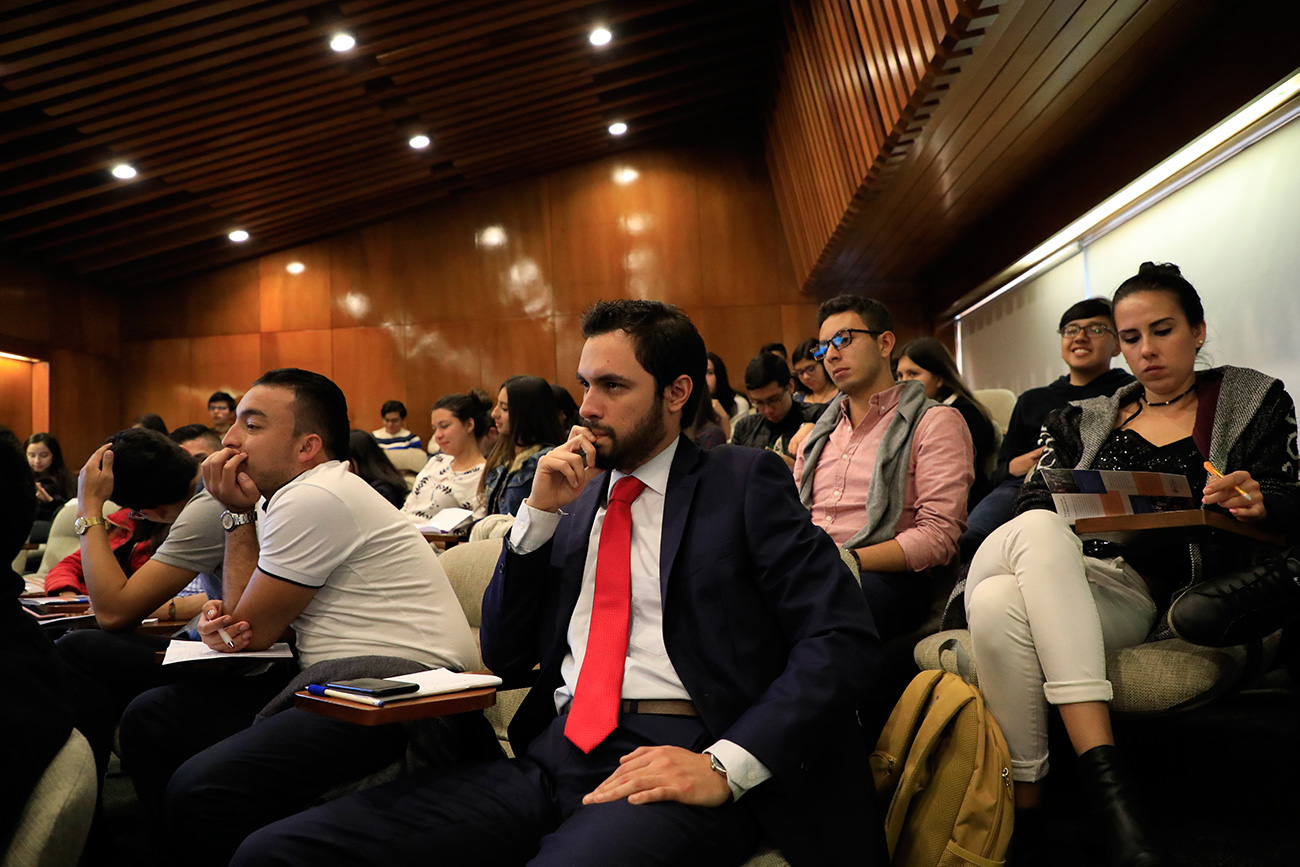 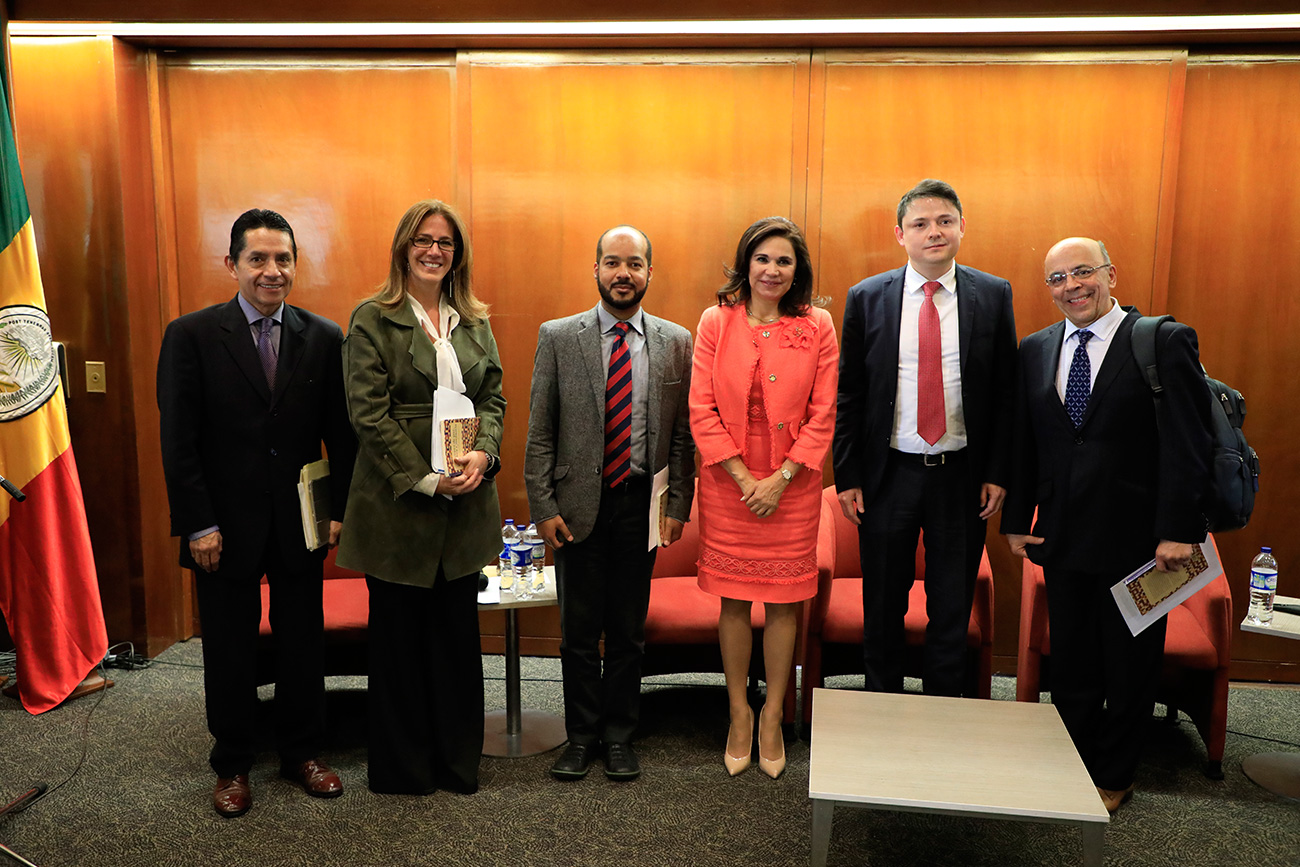 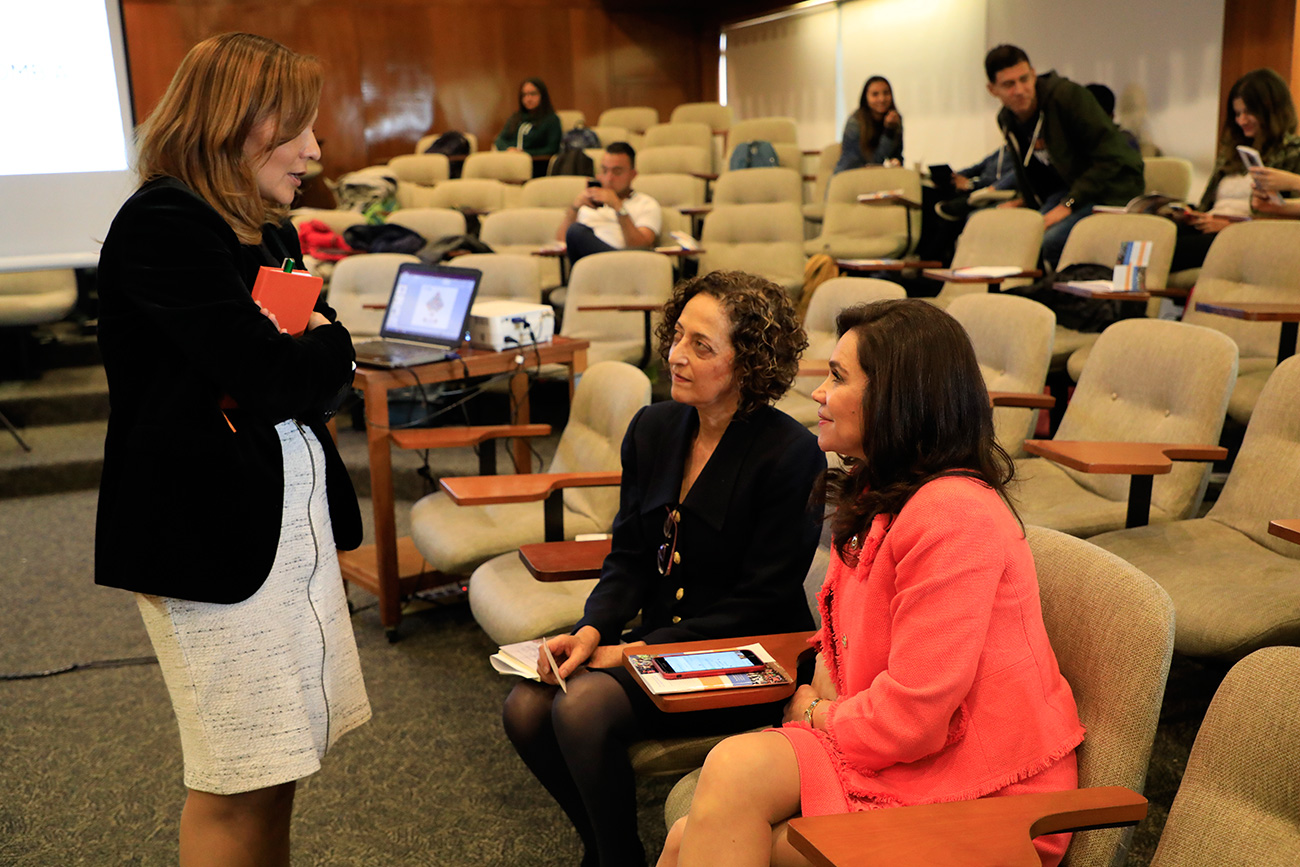 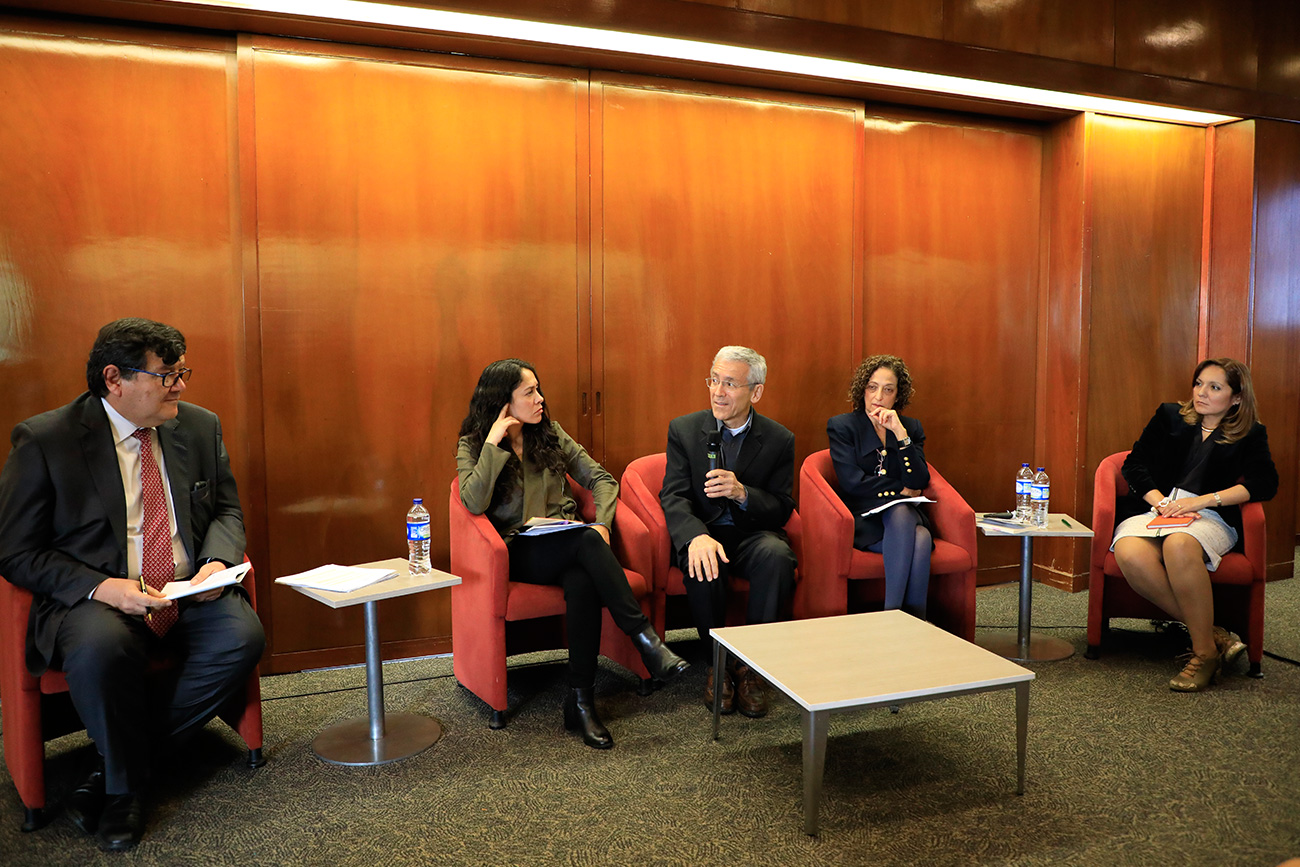 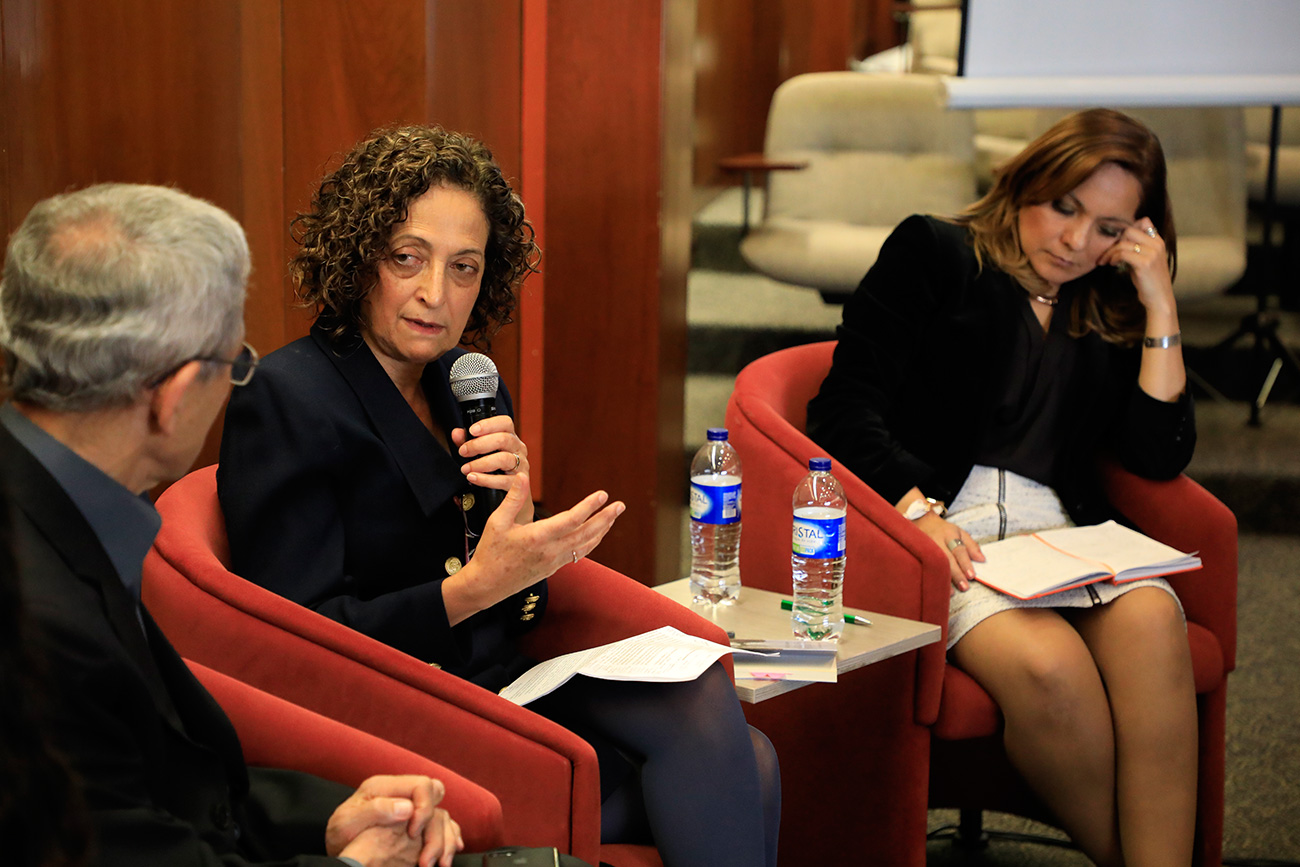 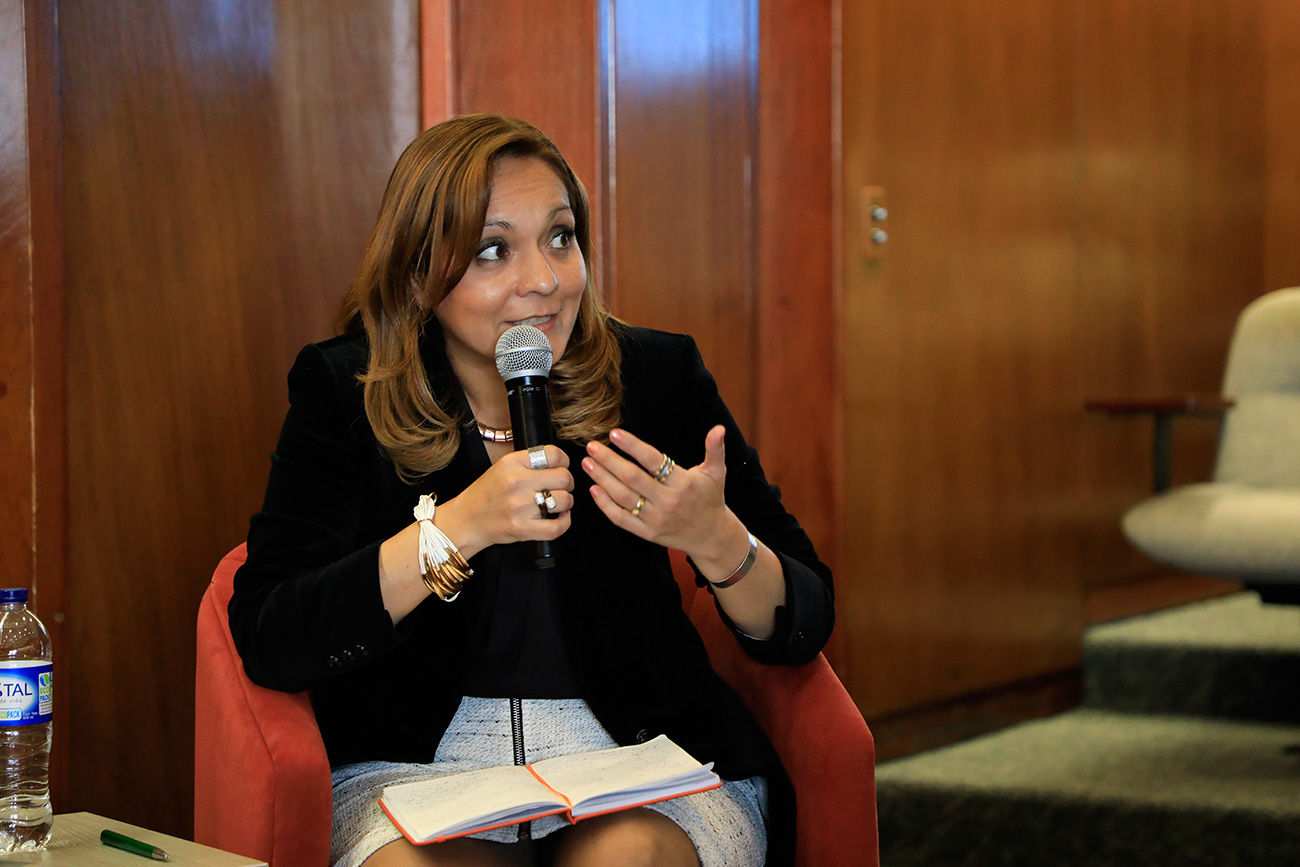