The publication, (500 years of the Reform. A matter for Latin America) was edited by Professor Markus D. Meier, of the Constitutional Law Department.

The Reform – together with the “discovery” of America – means, for many historians, the end of the Middle Ages and the beginning of modern times. The innovations of the time in the fields of theology, philosophy, education, and society are explained in the various contributions to this anthology, for the countries that remained faithful to the old doctrine as well as for those who accepted the new one. Especially, the difference between the Protestant North and the Catholic South of our dual American continent, thus, appears in a new perspective.

A glass of wine will be offered at the conclusion.

Those interested in acquiring the book can purchase it here. 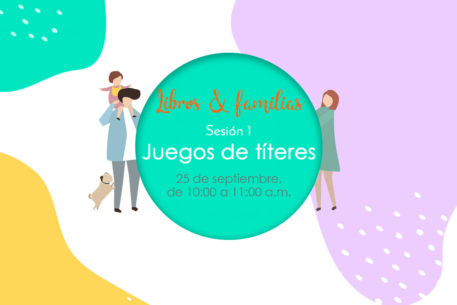 Bringing early childhood closer to books and reading in the company of their parents or caregivers.

The Library proposes a series of workshops aimed at the youngest members of the family: children between the ages of 2 and 4, as well as their mothers, fathers or caregivers.