Daniel Coronell and his love for truth

Coronell offered a chat at the Faculty, in celebration of Journalists’ Day. Upon accepting the recognition, he said: “I have received many awards in my life, some undeserved, but for me, this is the most significant.” The award is given in memory of who was the founding Dean of the Faculty, a humanist, a man with vast culture, and way ahead of his time.

The honoree shared with the students some of his experiences in his hectic life as a communicator and told how some of his work placed him and his family’s life in danger.

Daniel Coronell fully represents investigative journalism which, undeniably, is the only kind of journalism leading to accusations on facts that, otherwise, society would never know.  In performing this arduous task, he has uncovered political scandals such as the DAS illegal wiretaps; Agro Ingreso Seguro; the “Yiddish-politics” in the reelection of former President Álvaro Uribe Vélez, and the Saludcoop scandal, among others. The pursuit of these incidents earned him great recognition, but also threats, leading him to seek exile in the United States, in 2005.

Coronell narrated his life story. After graduating from the Externado Social Communication – Journalism program, he worked for a national media organization where the owners’ political relationships prevented journalistic truth. Such scenario made him dream of building an independent media where all research could be published without the political censorship, frequent in the country. He stated “media should not belong to the owners; it should be a service to the people and the truth. (…) Media has to be the voice of those who have no voice.”

He also told students a journalist’s mission is to tell the truth, and urged them to always doubt and question what they see. Also, he advised them to share with people from whom they can learn. “I have many flaws, but if I have a virtue, it is always to surround myself with people better than me.”

Attending the conference, Juan Carlos Henao, Externado Rector, took the opportunity to send a message to students: “Never allow yourself to be manipulated by interests of capital. Never lose the Externadista spirit.” 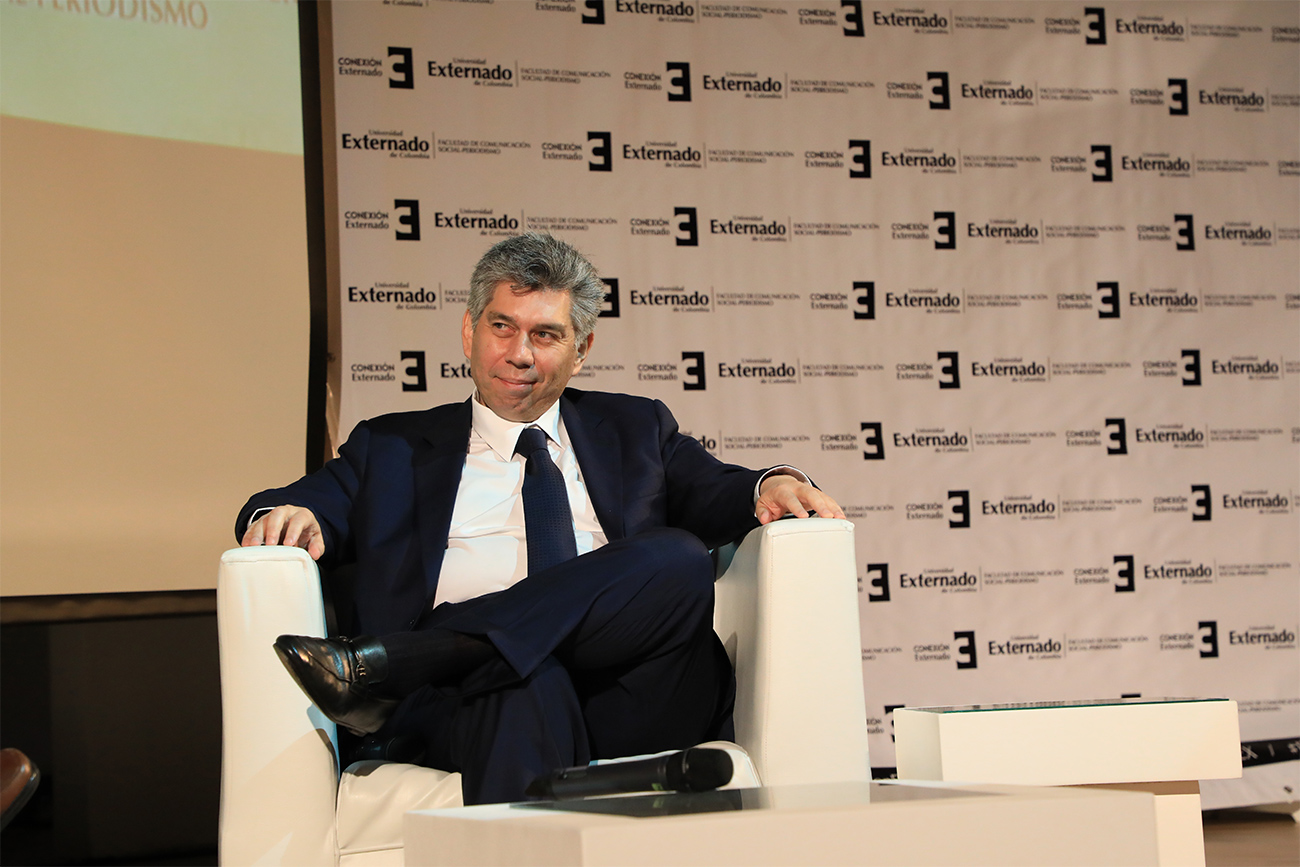 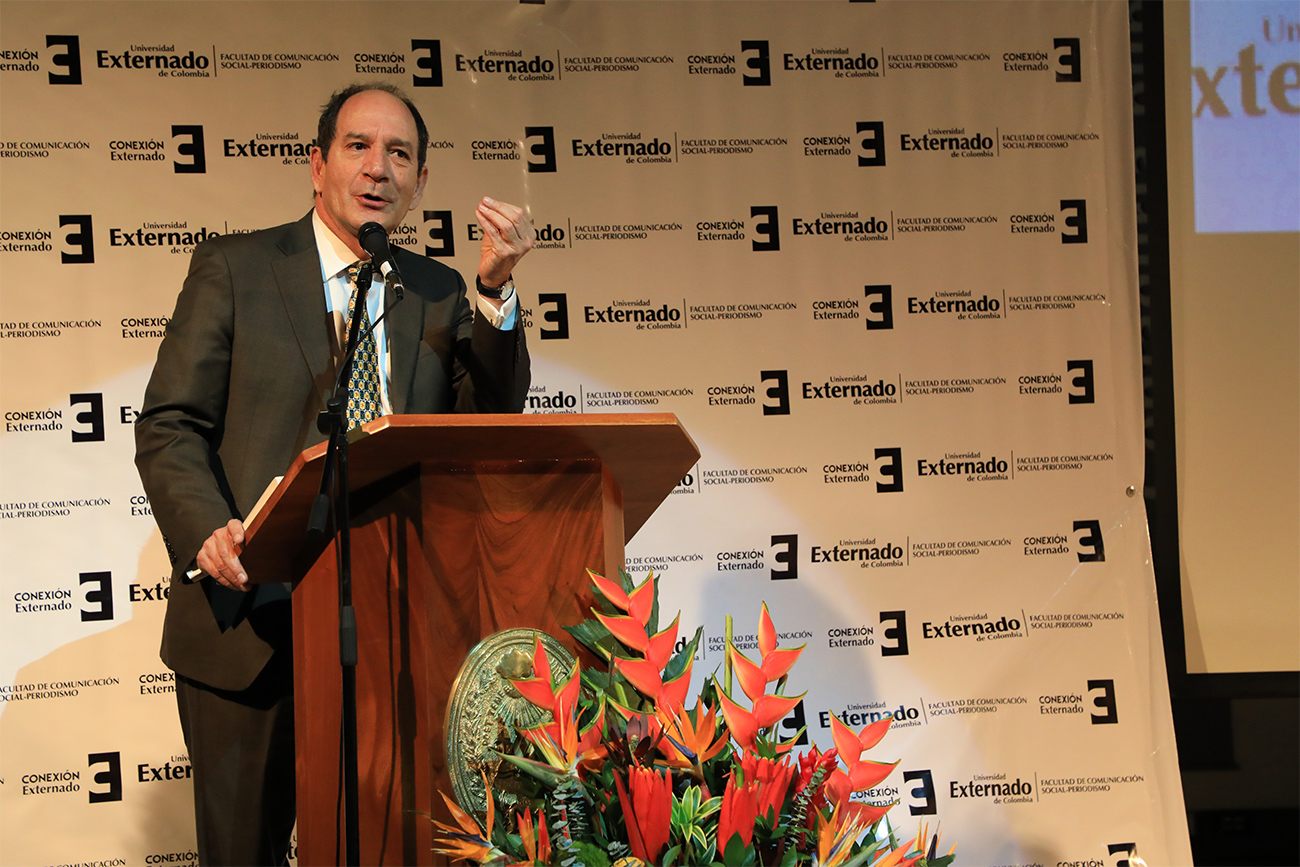 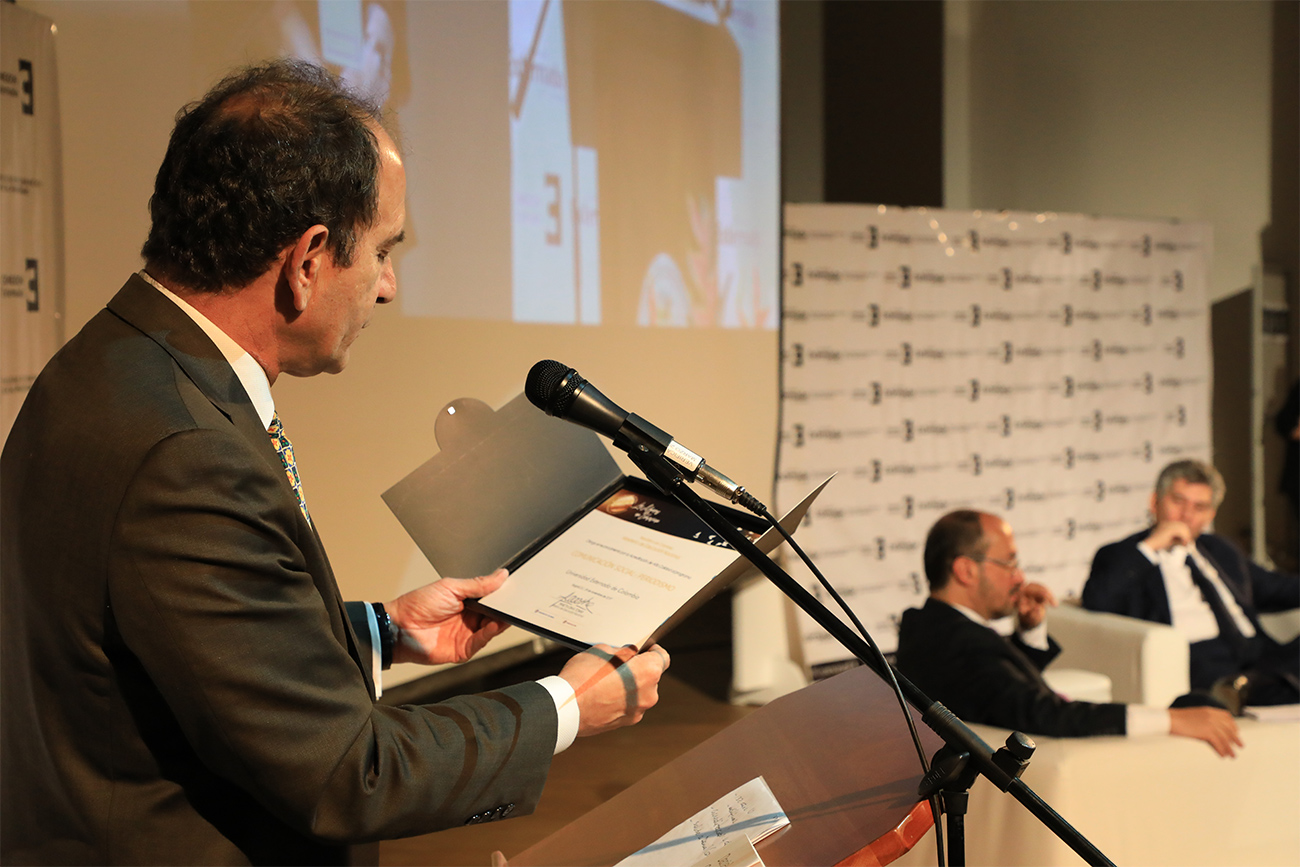 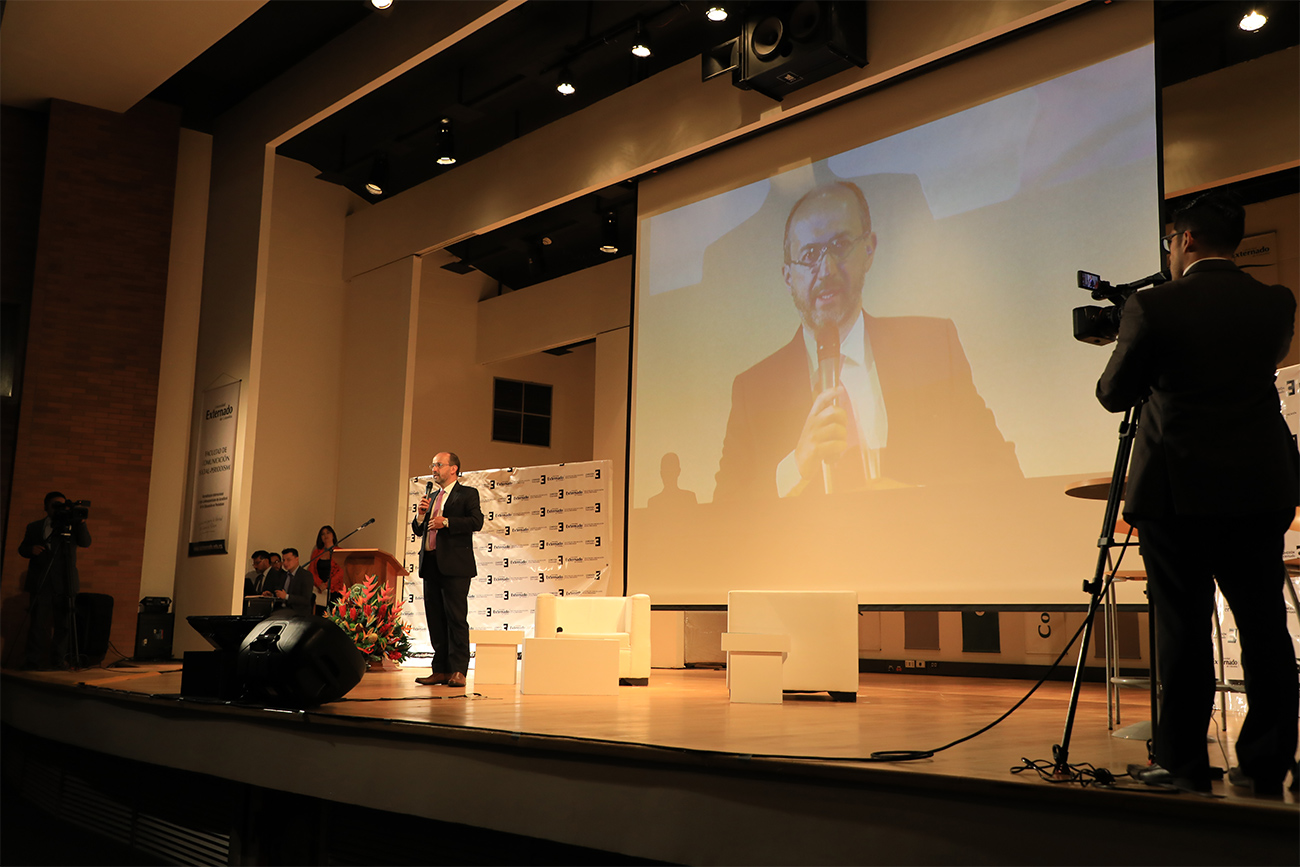 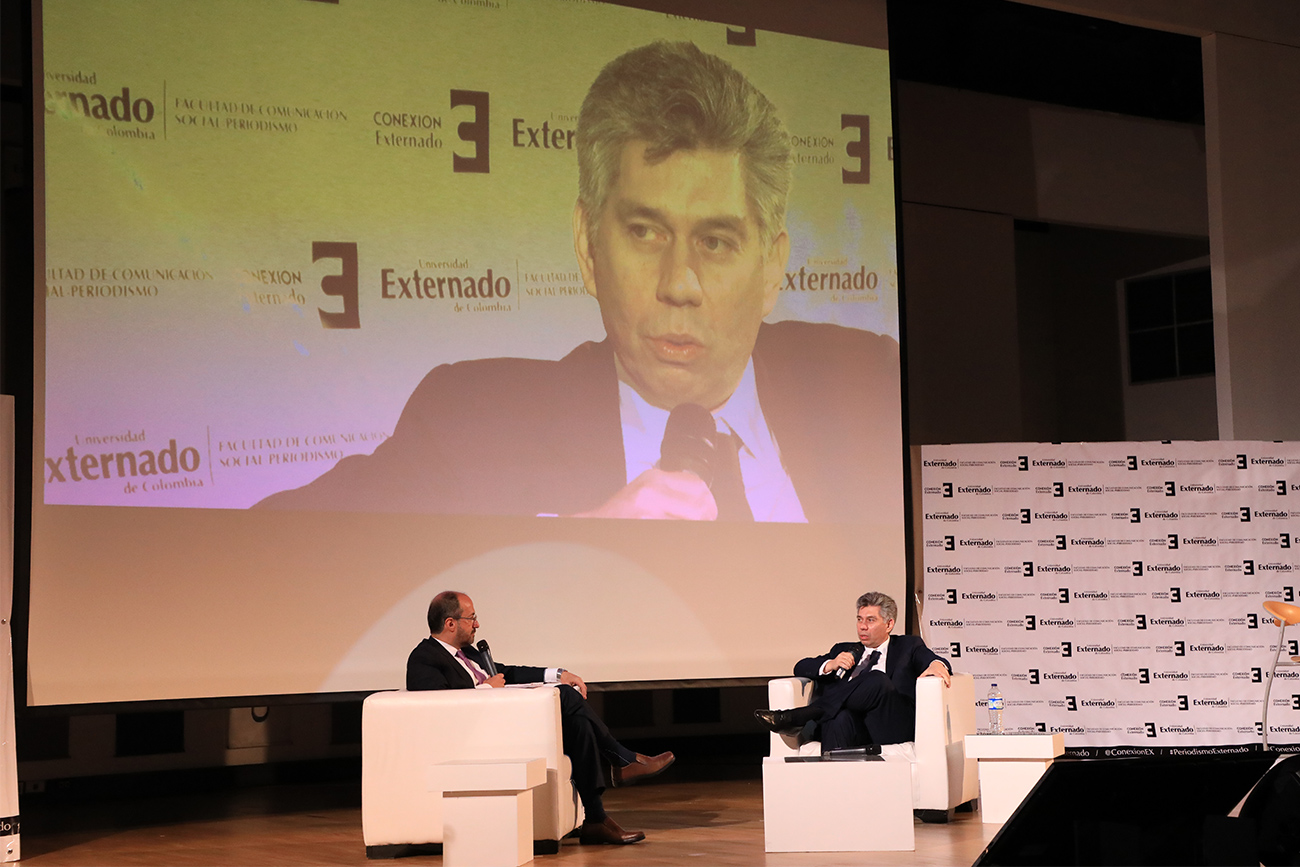 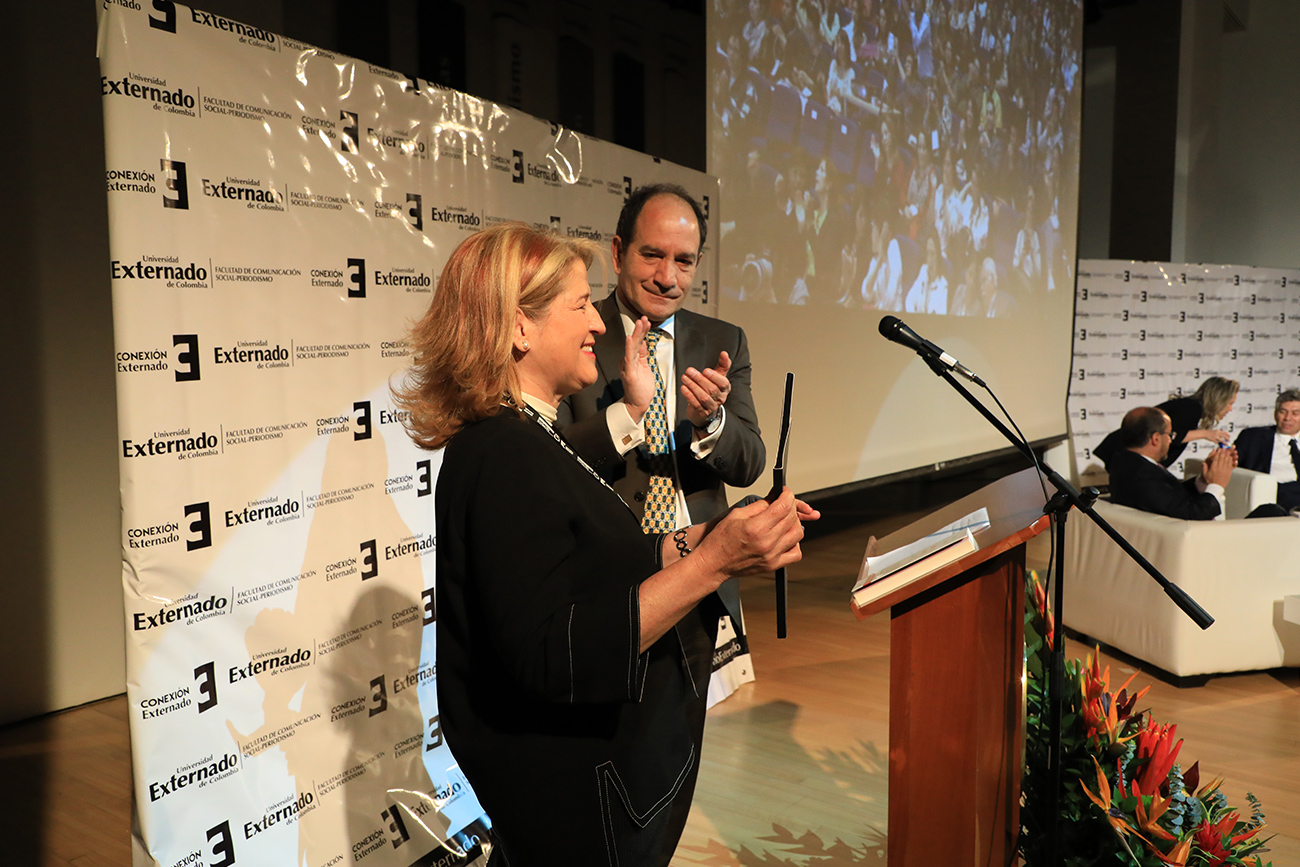 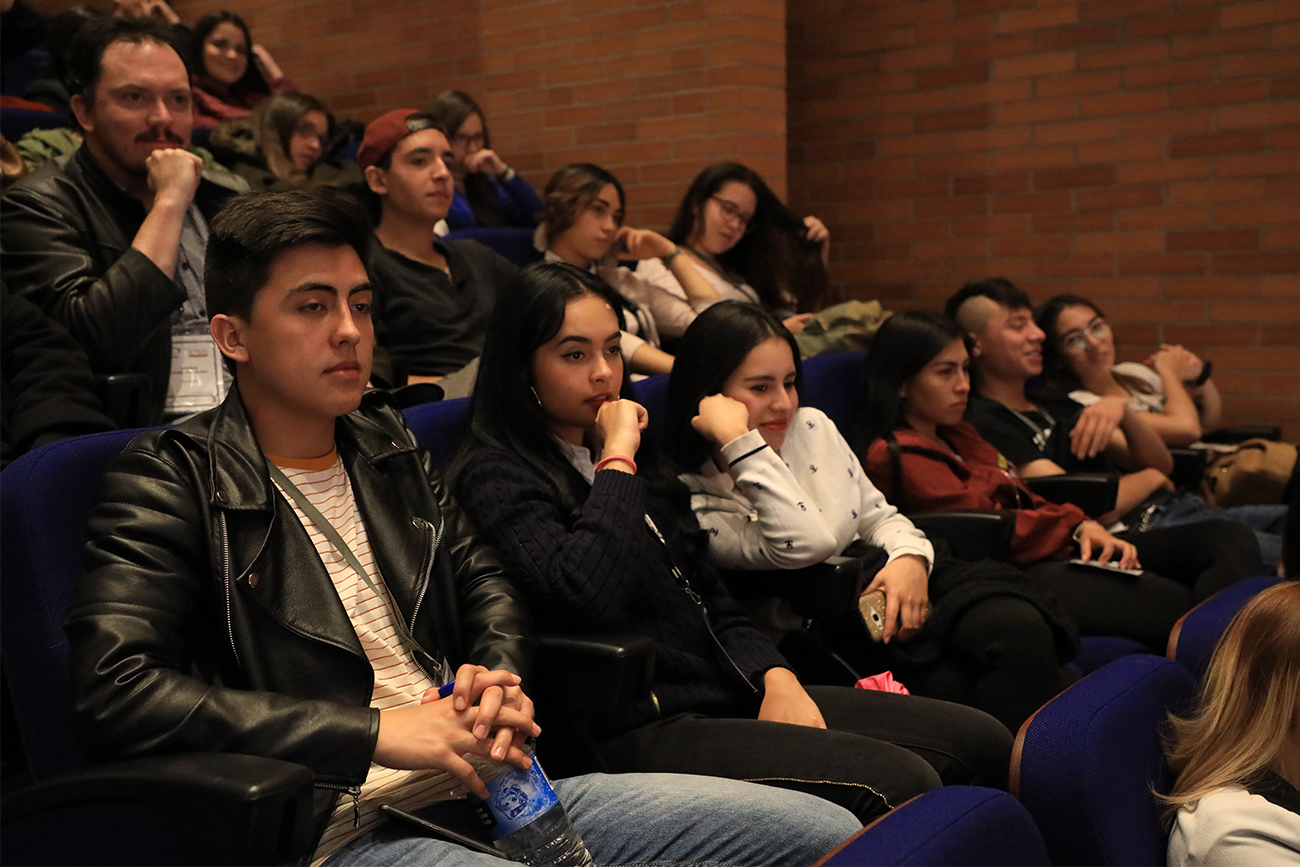 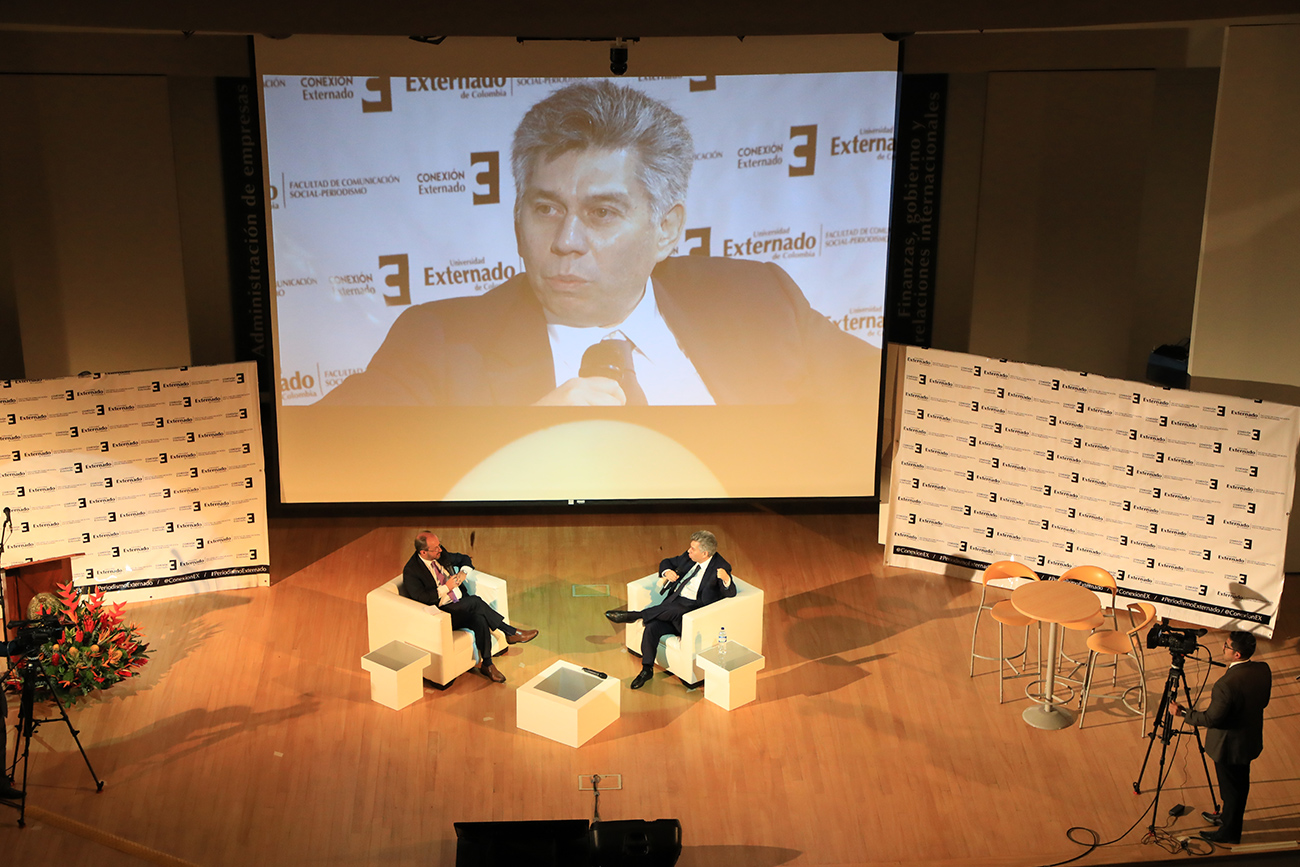 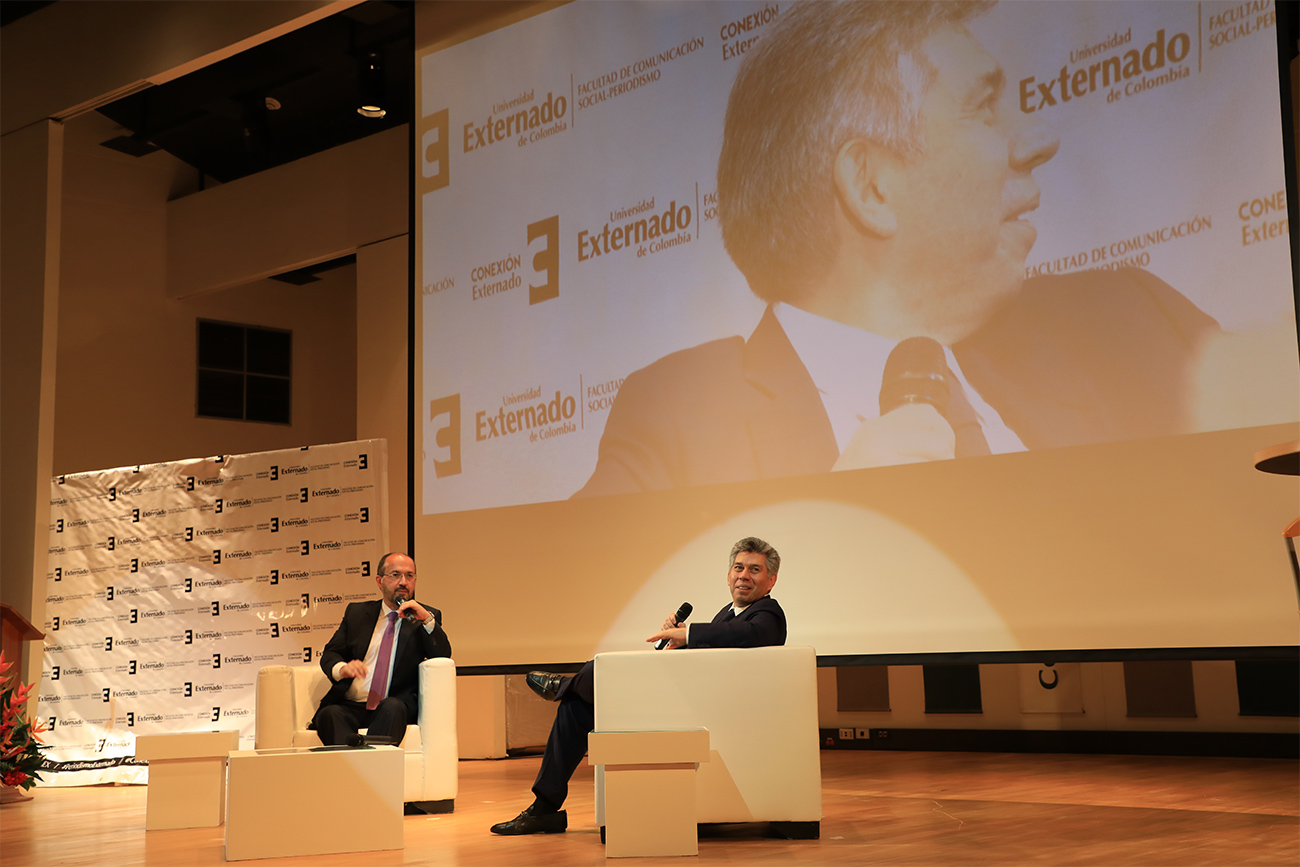 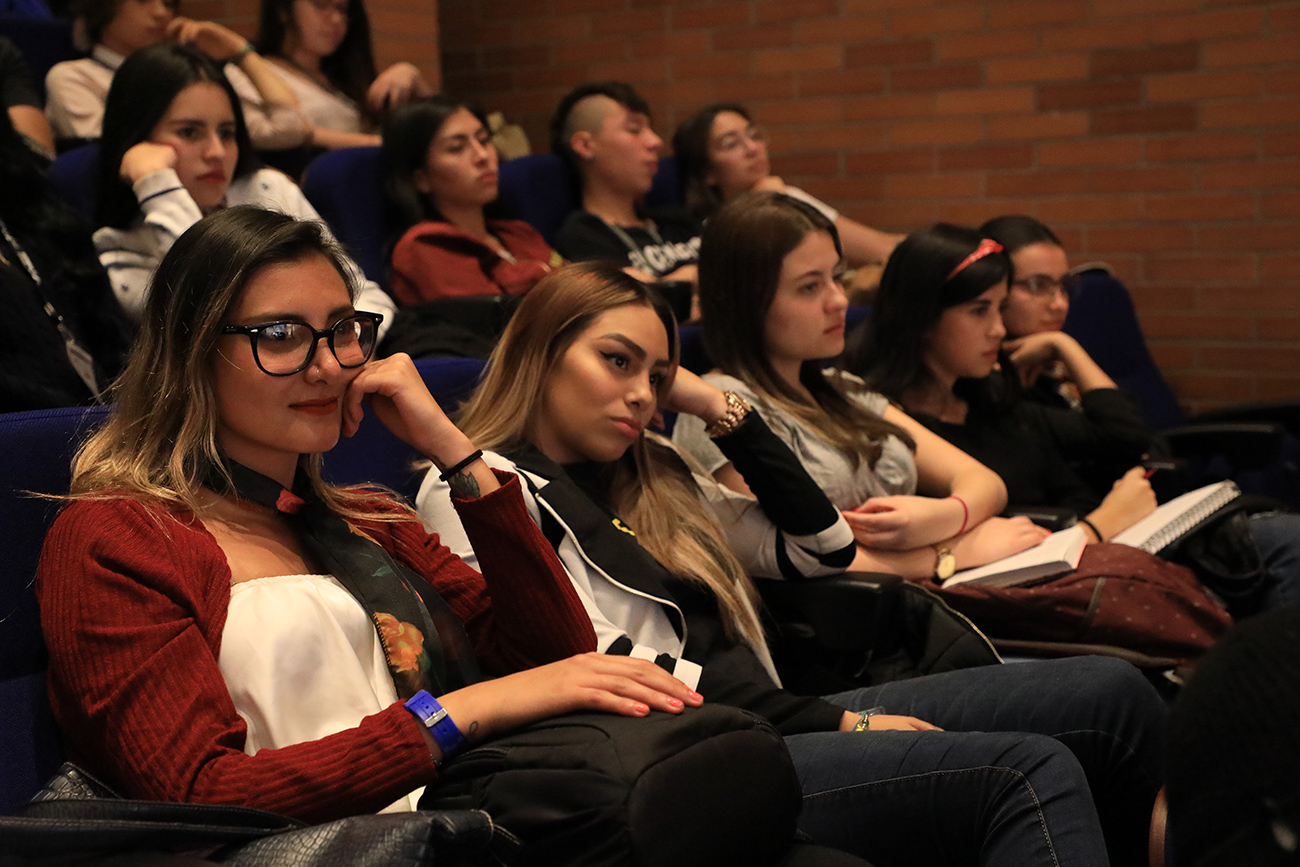 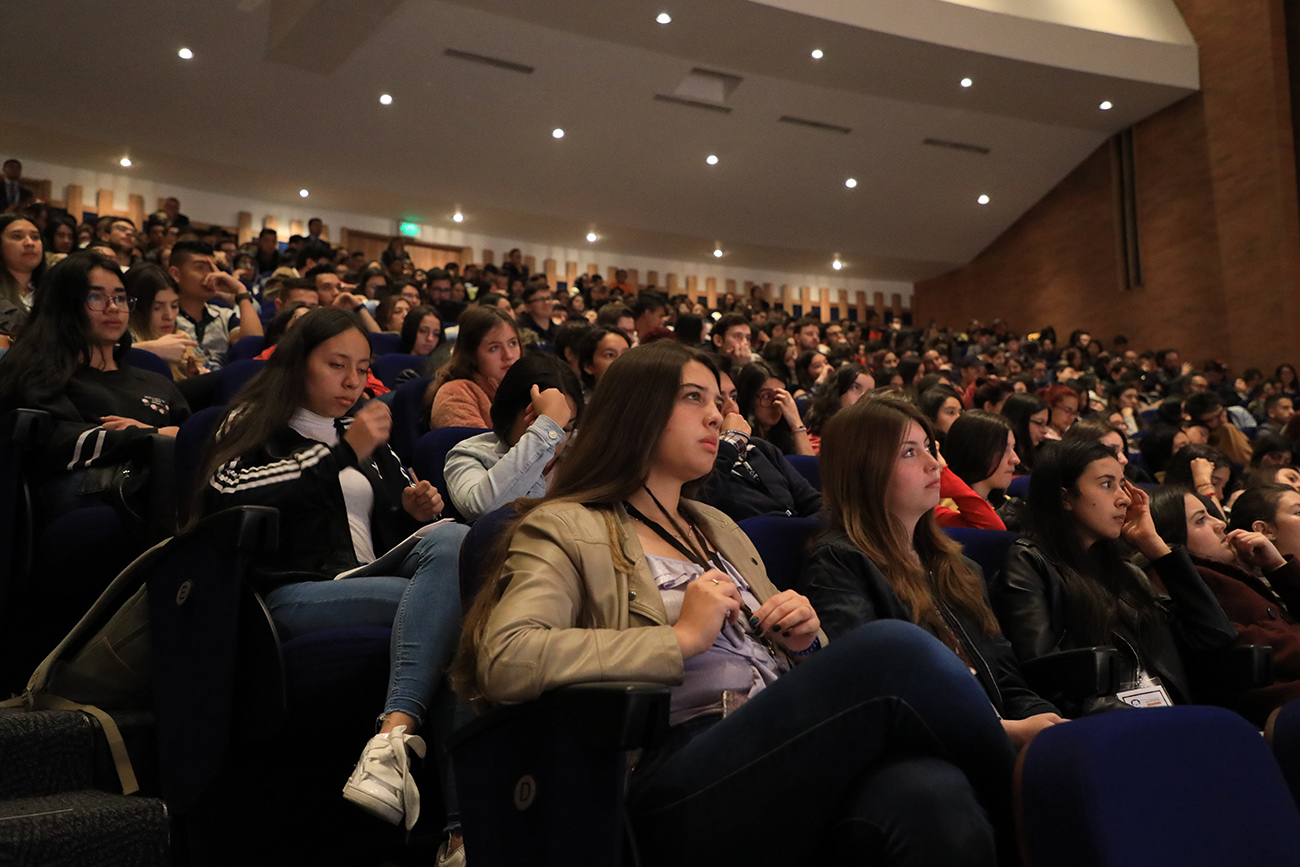 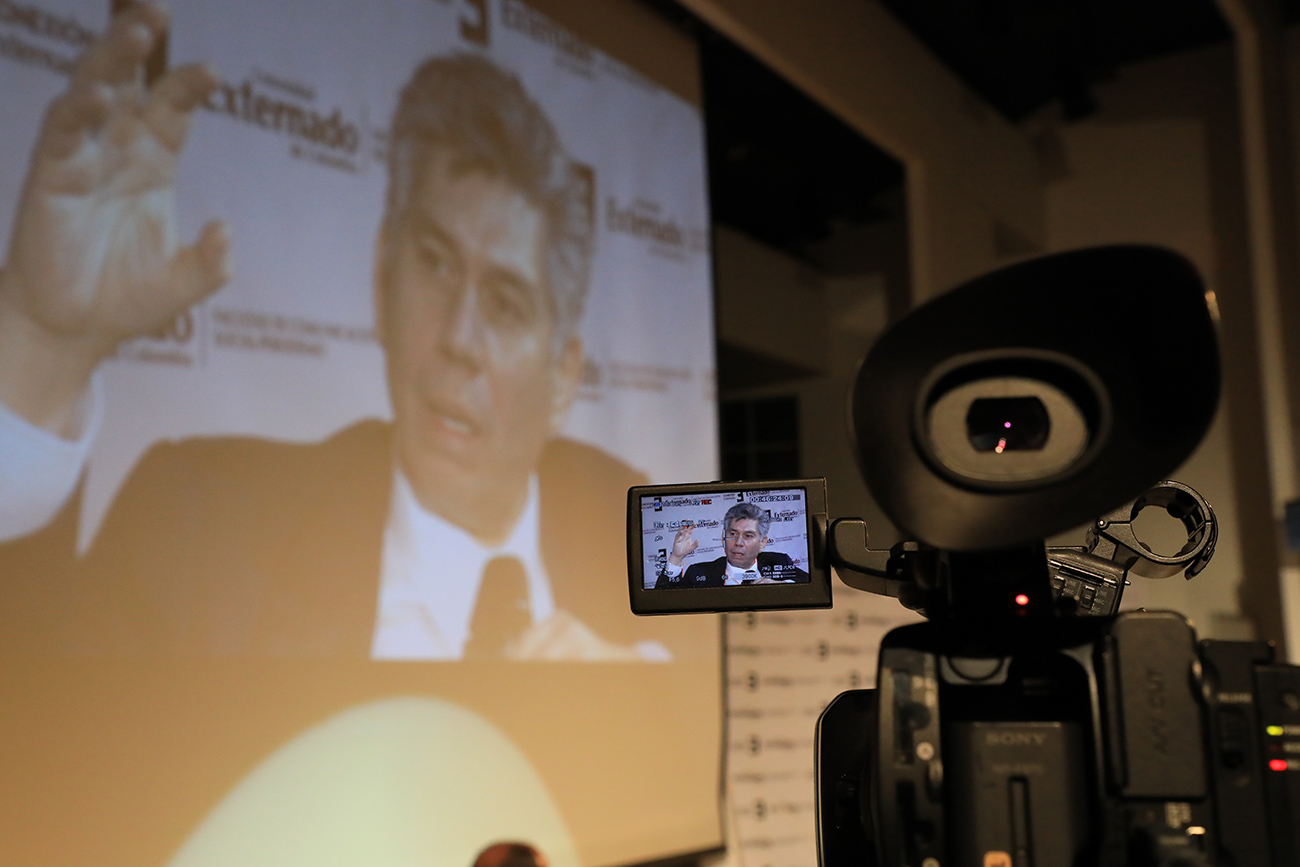 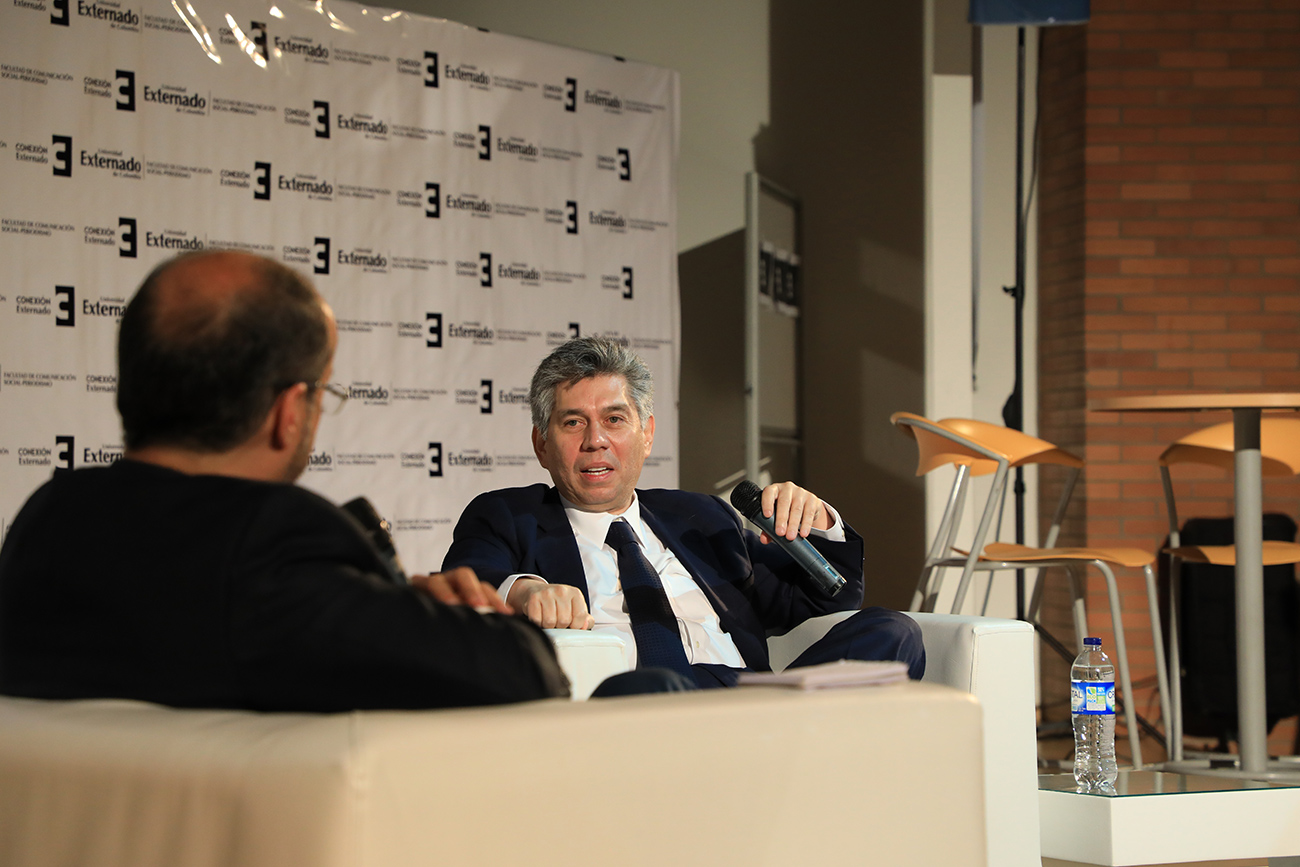 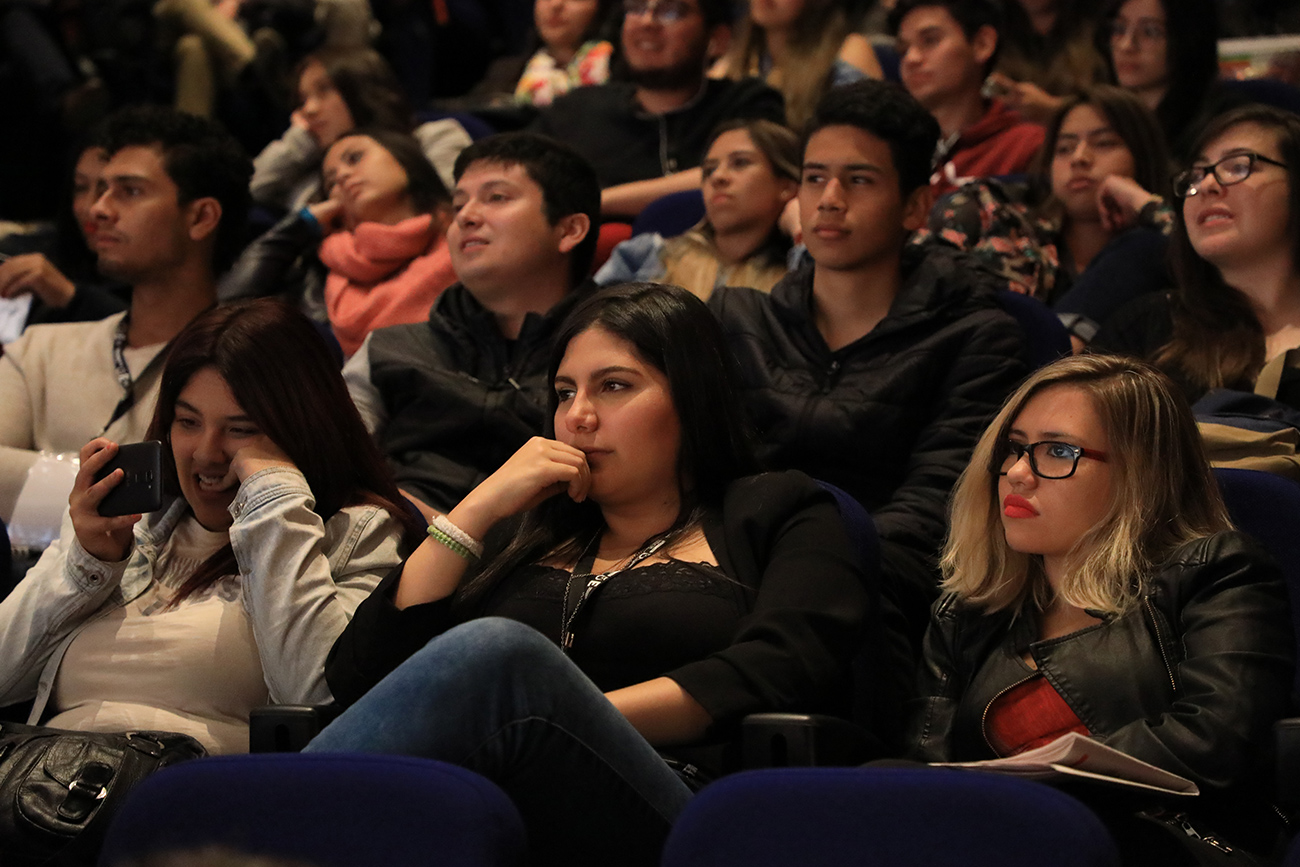 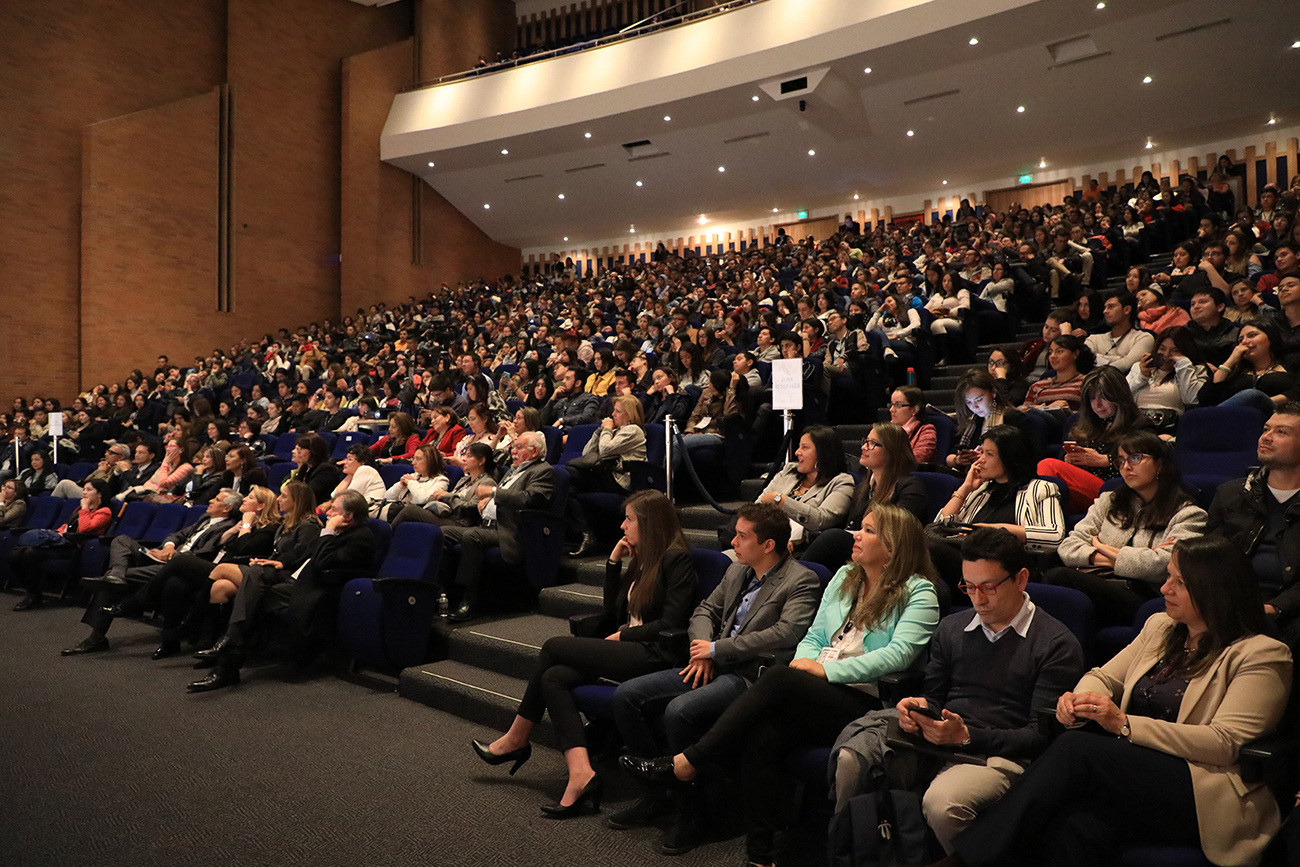 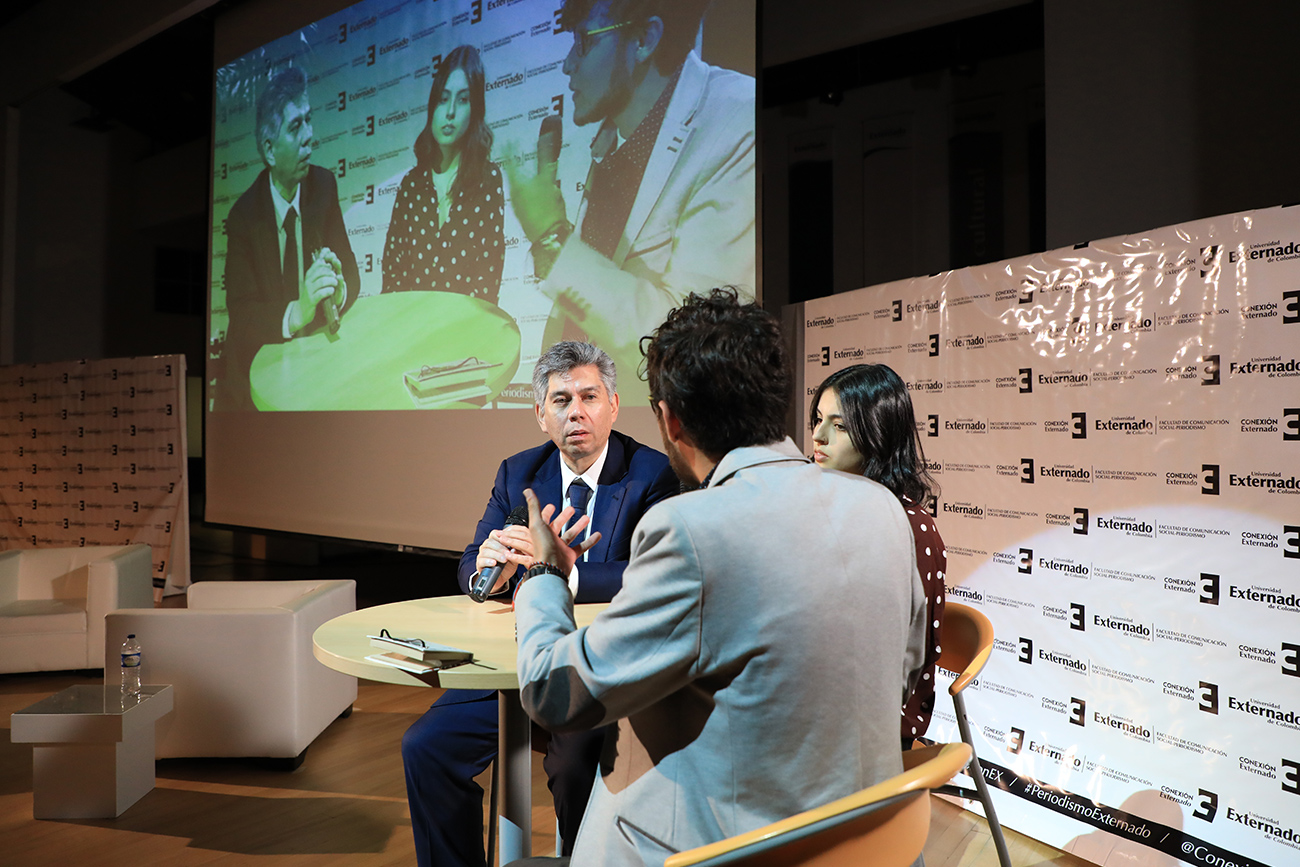 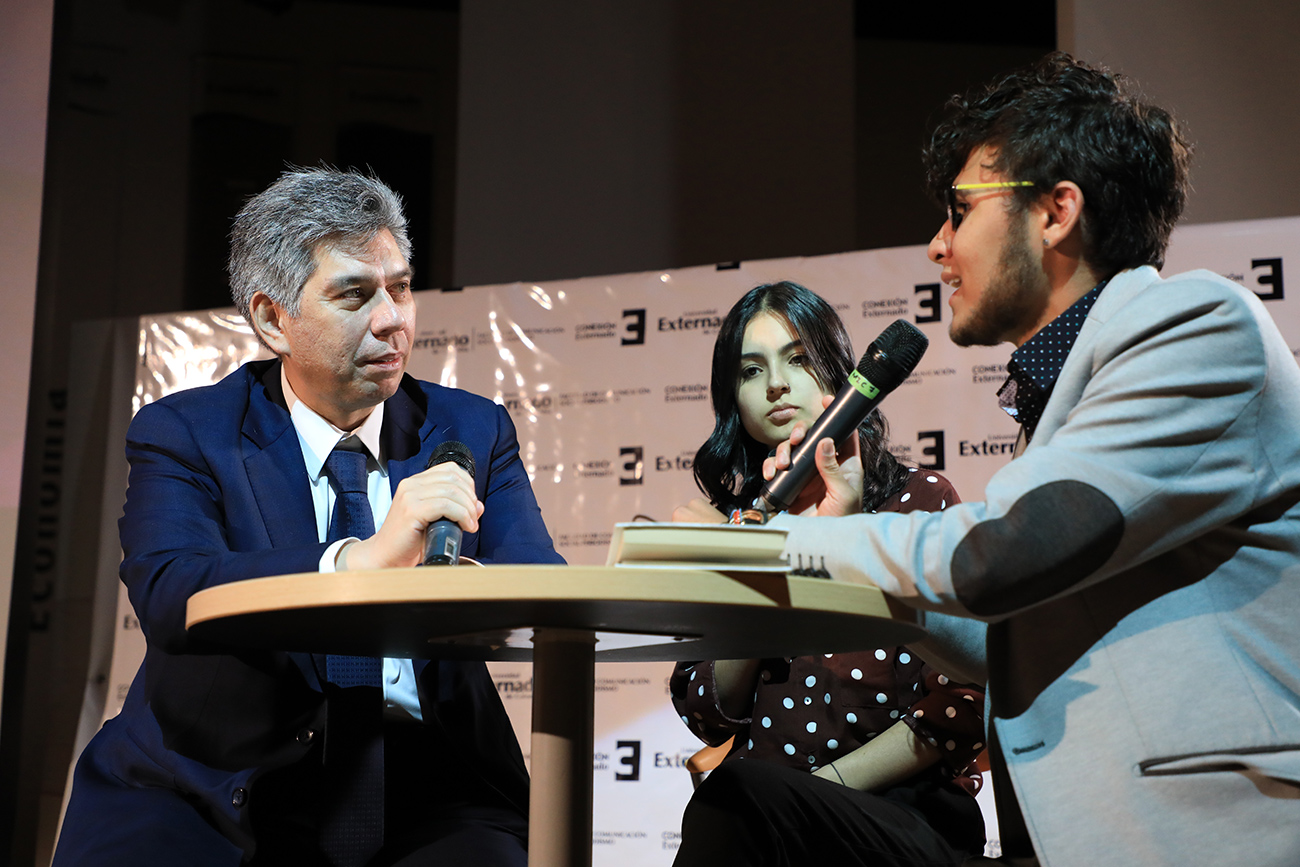 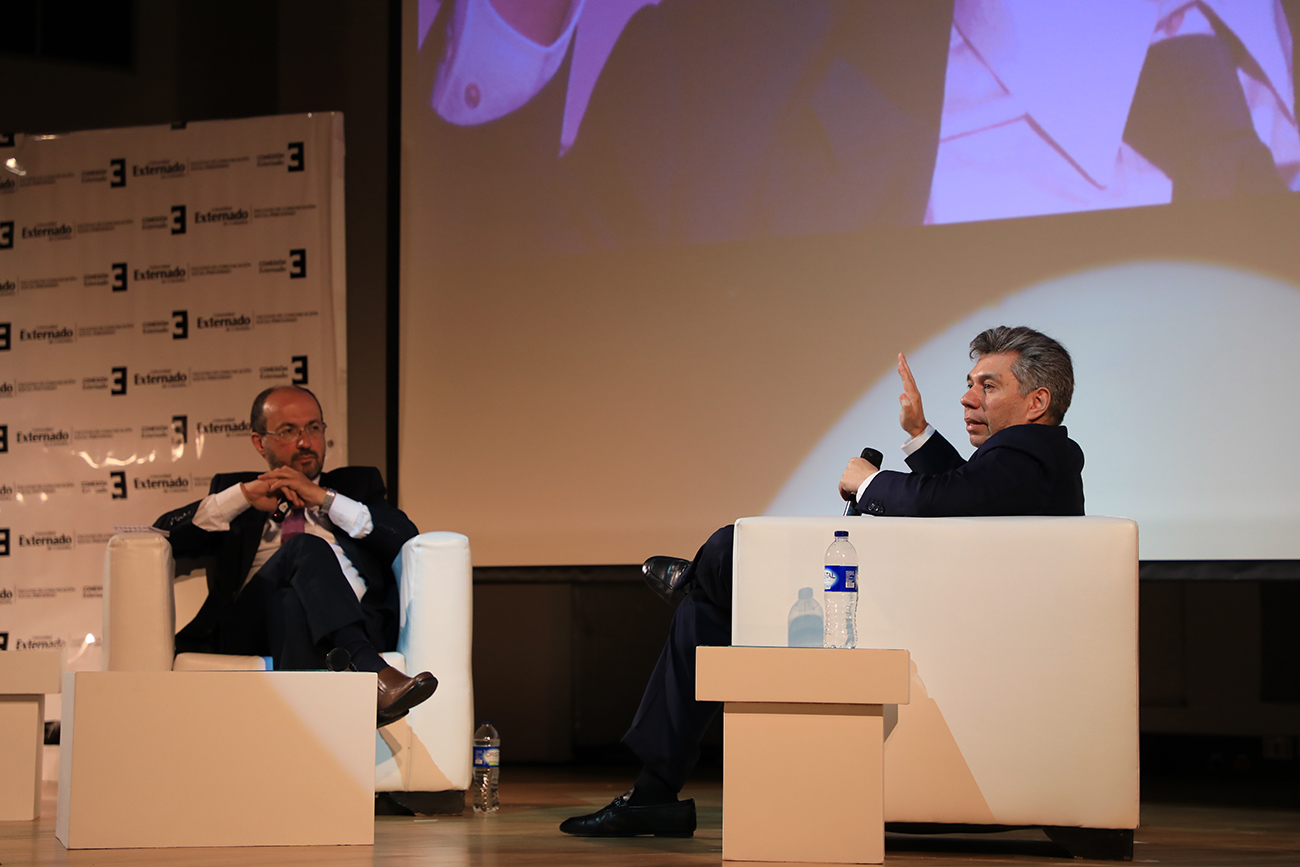 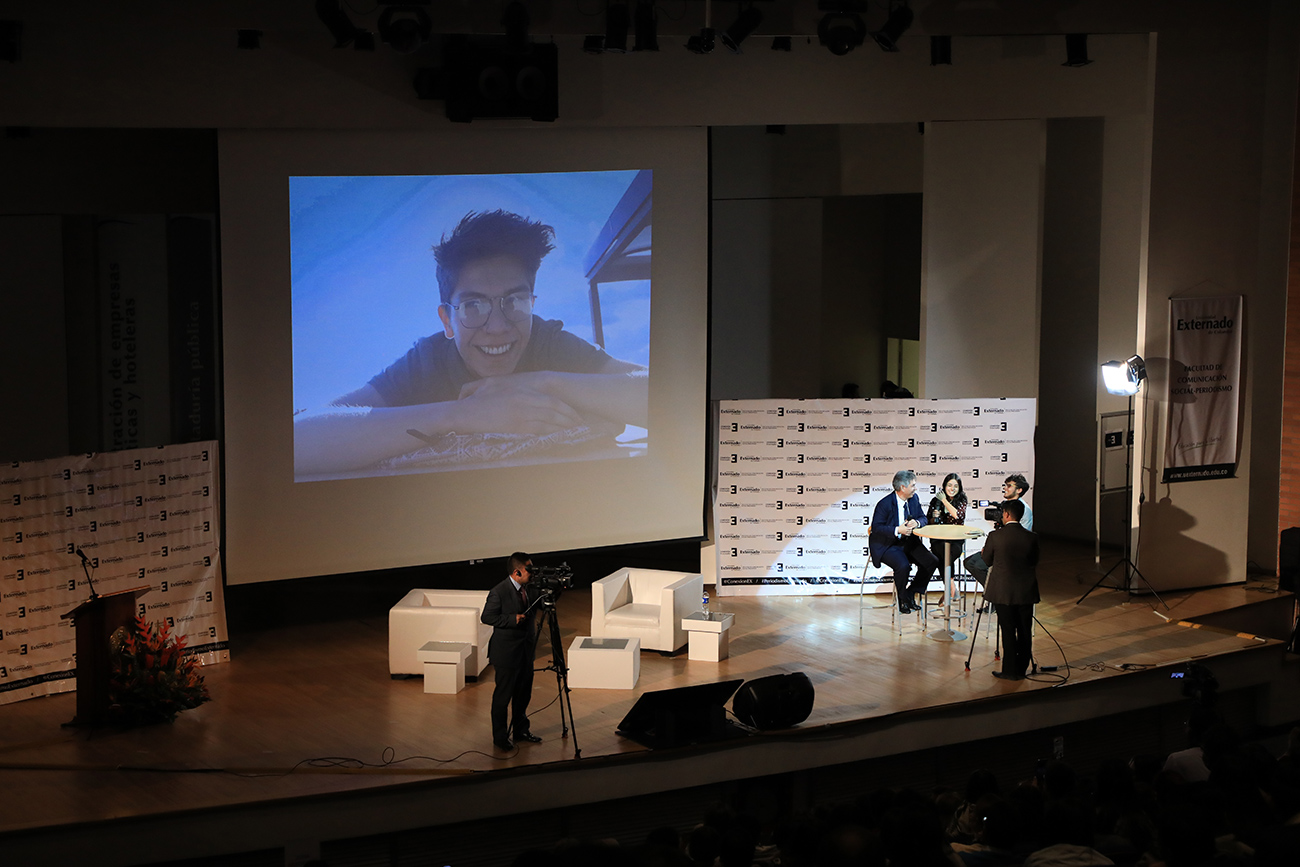 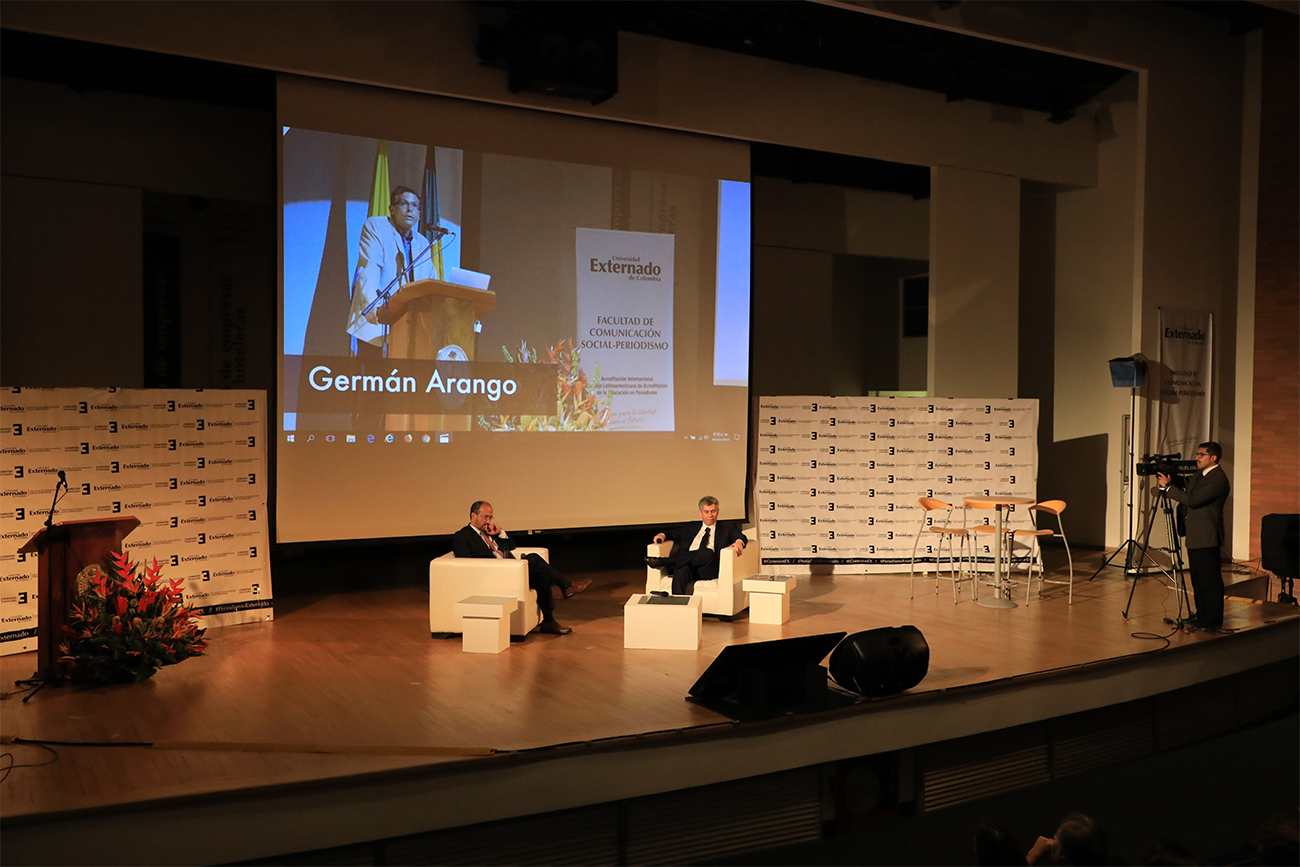 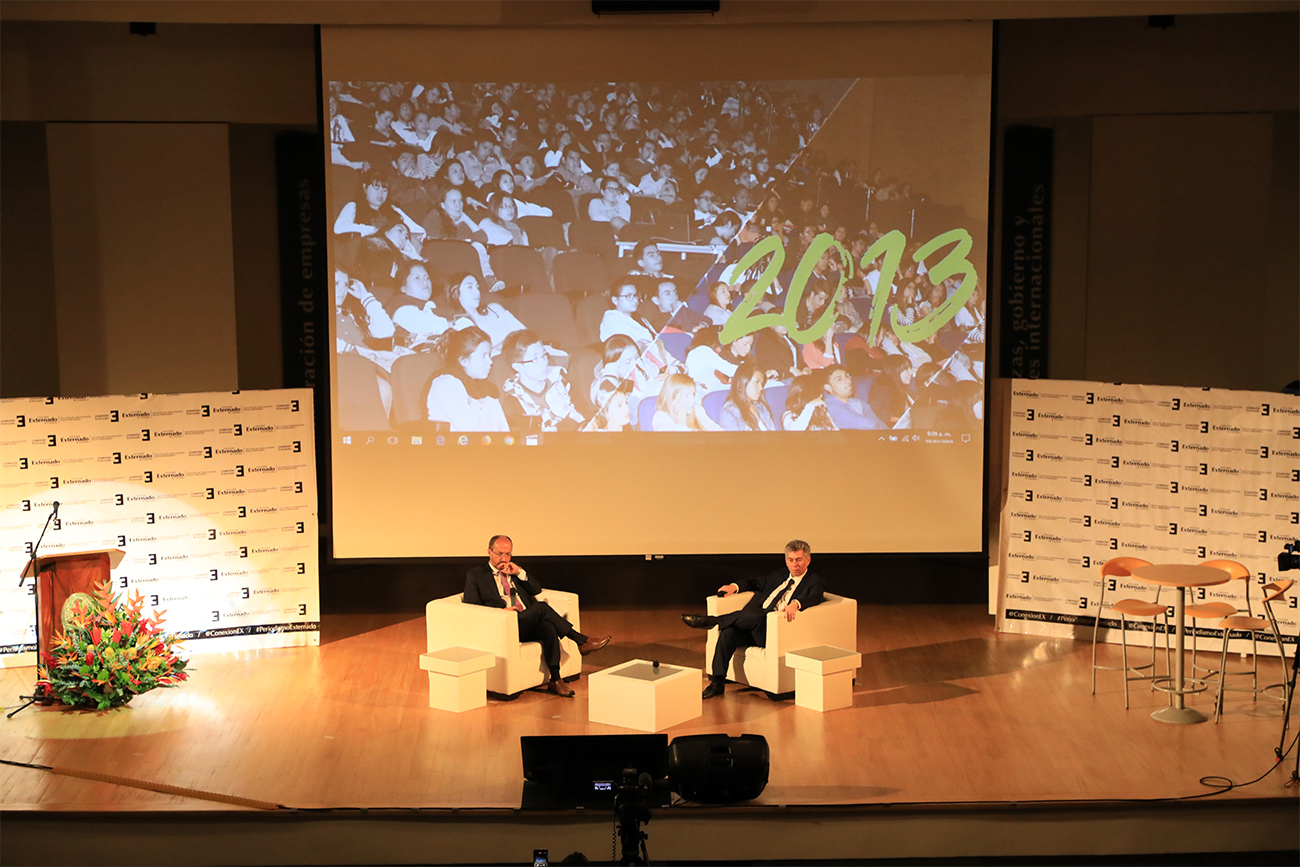 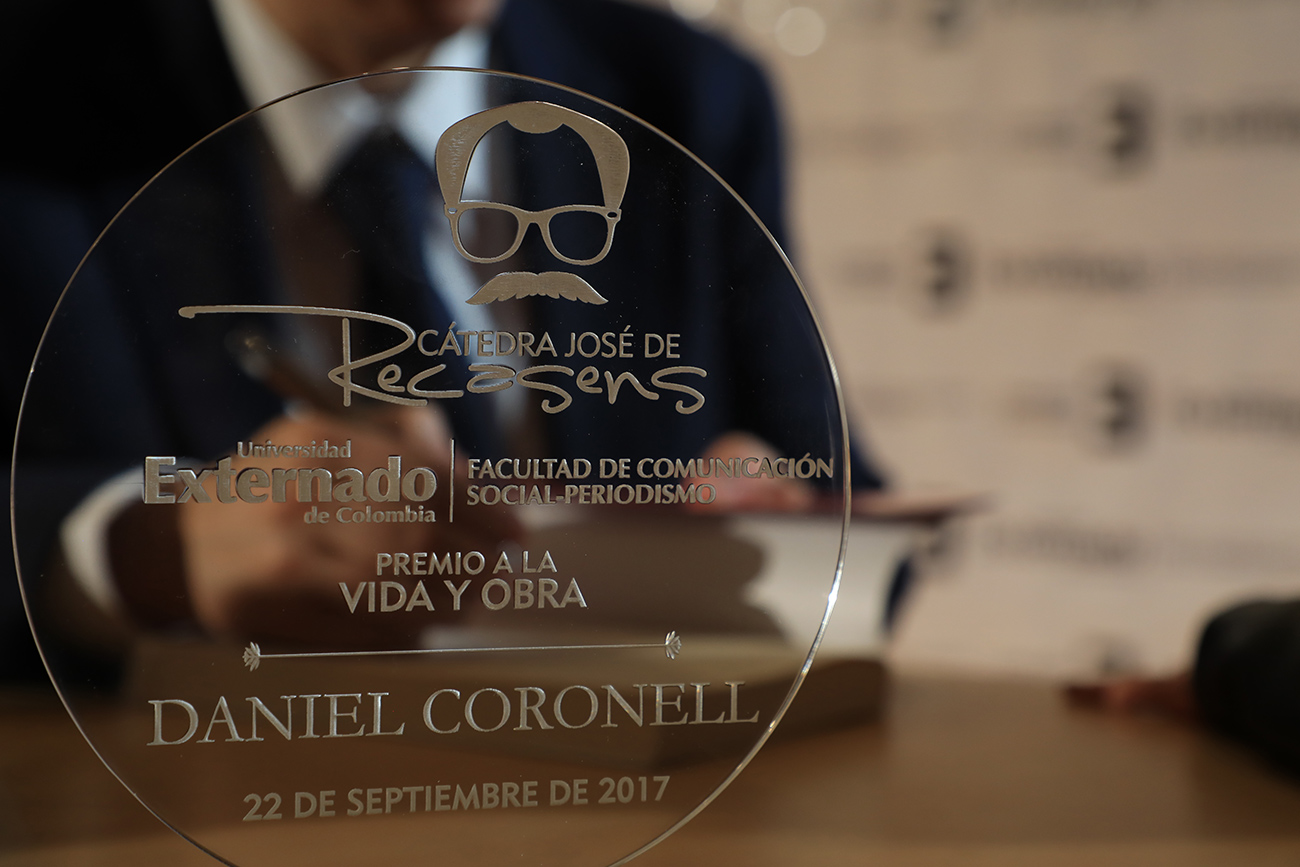 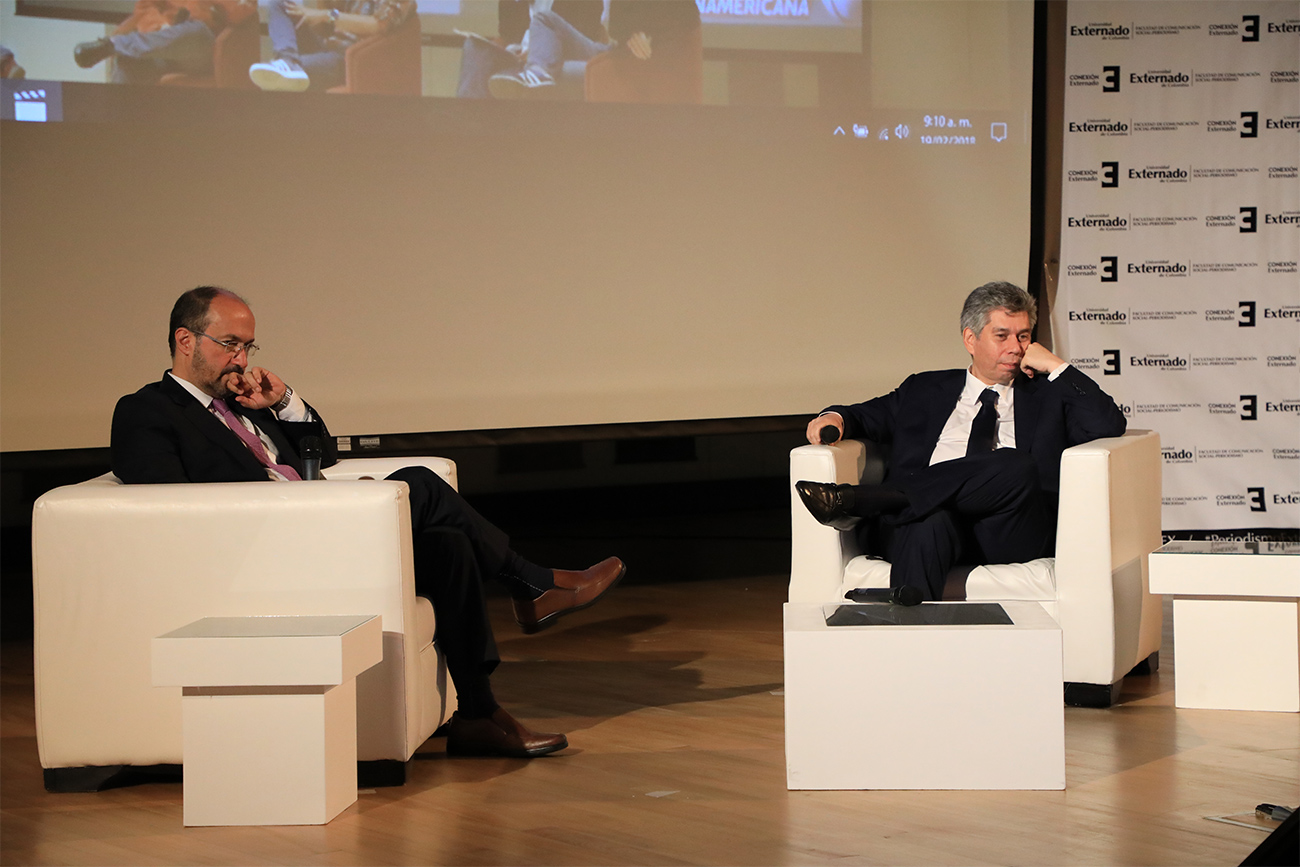