“Wanting to do things right, is the key to my company’s success”

Juan Carlos Galindo, founder and current President of Oxohoteles, talked with Tourism and Hotel Administration students about different topics for entrepreneurs in the country.

With the aim to discuss hotel operators’ position in the current tourist market – its impact, challenges, and future perspectives, the Tourism and Hotel Administration Faculty invited Juan Carlos Galindo, founder and current President of Oxohoteles.

Galindo talked about his professional experience since graduating in Business Administration from the  University de los Andes; going through a distressing situation when his family’s company was forced to declare bankruptcy, to finally take on the challenge of becoming the Vice President of AeroRepública, where he ended his history as an employee.

The difficult and competitive situation experienced by airlines at that time, coupled with the various contingencies he had to assume during his tenure as Vice President of the company, lead him to rethink about his future, and he decided to resign and start as an entrepreneur.

Initially, he planned to buy a hotel, as for years he had been close to the hospitality sector, but after a series of considerations, he decided to create a hotel operation, which, at the time, was an odd business, he said.

“I sat at a desk to assemble what I liked and what I knew. I developed a business plan and started to move and publicize what I wanted to do; a hotel operation company,” said Juan Carlos Galindo.

Today, nearly 10 years after starting with zeros and facing the many challenges entailed in doing business in Colombia, OxoHoteles has a presence in 10 cities across the country and operates 16 hotels. Telling about his company’s success, the speaker referred to objectives and how they project in the future; also highlighting the values he works under: passion, honesty, excellence, discretion, and teamwork.

However, taking into account the current tourist market, he has stopped to think about the different challenges his organization faces to operate and provide integral services.

He initially referred to “people”’ and how to achieve company success one must analyze how professionals are facing their day-to-day work.

“Attitude is crucial and invite students being trained to put on the correct lenses to view life. Life has many difficulties, and as an entrepreneur one faces them, but accurately viewing reality makes things work.”

On the other hand, he referred to “trends” as the main theme to ensure the success of the hotel industry in the future. He talked about the importance of viewing and responding to the needs of the millennials, keeping up with technology, being sustainable, the new roles of personnel, providing solutions in real time, and having unique advantages, different from other companies, among others.

Lastly, the entrepreneur told students that one of the most important things to be successful is to exercise the profession with passion and not falter because, with effort, goals can always be reached. 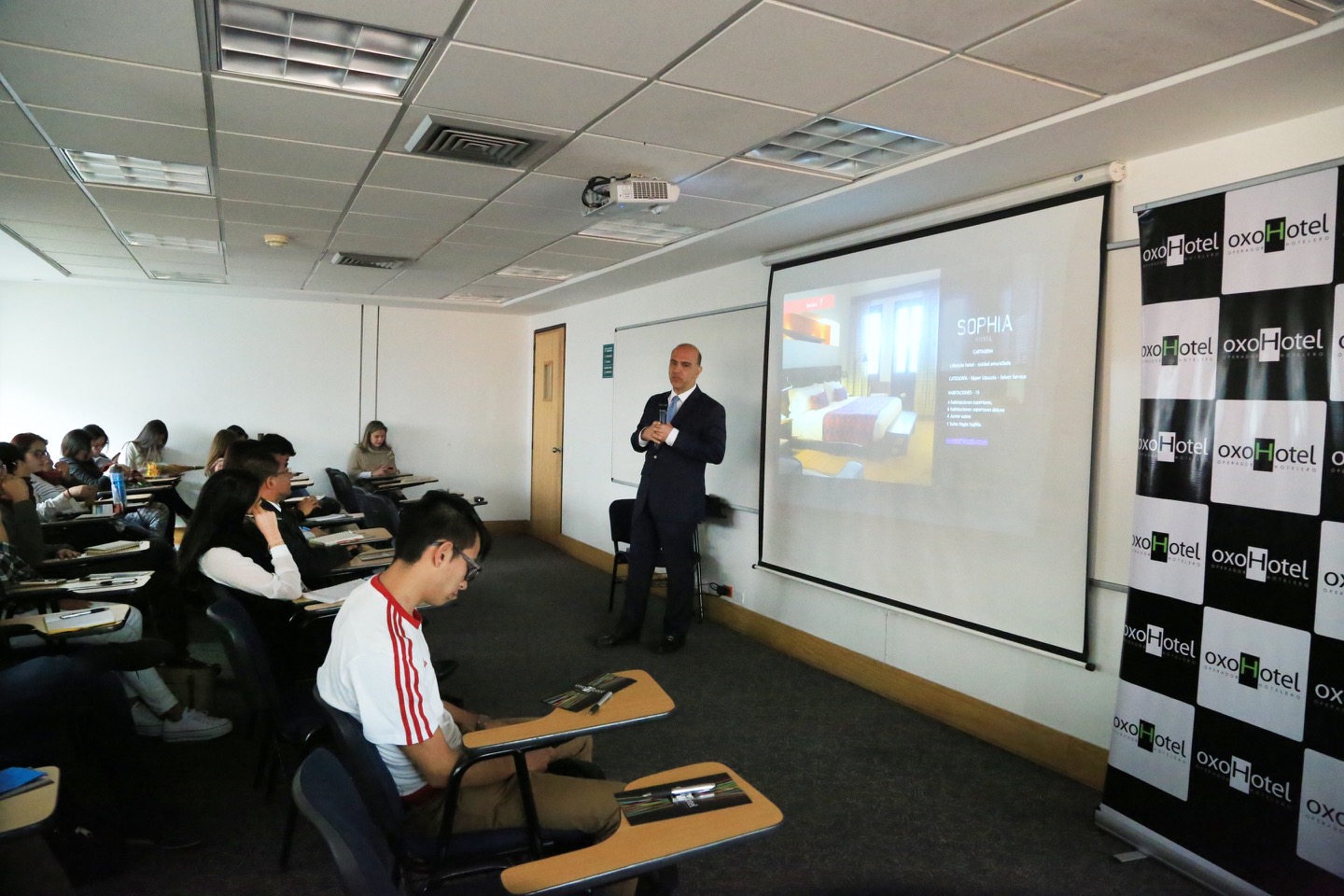 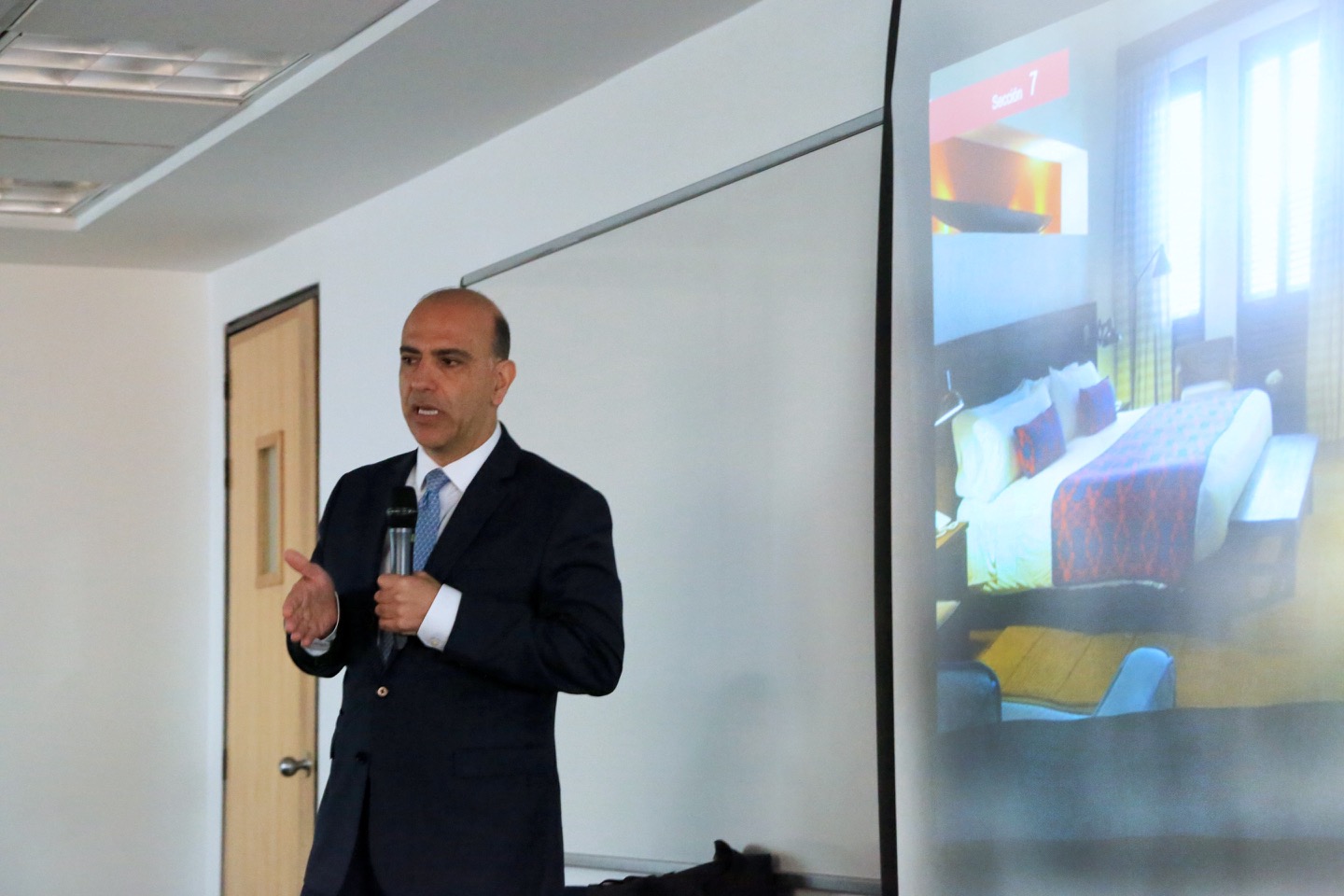 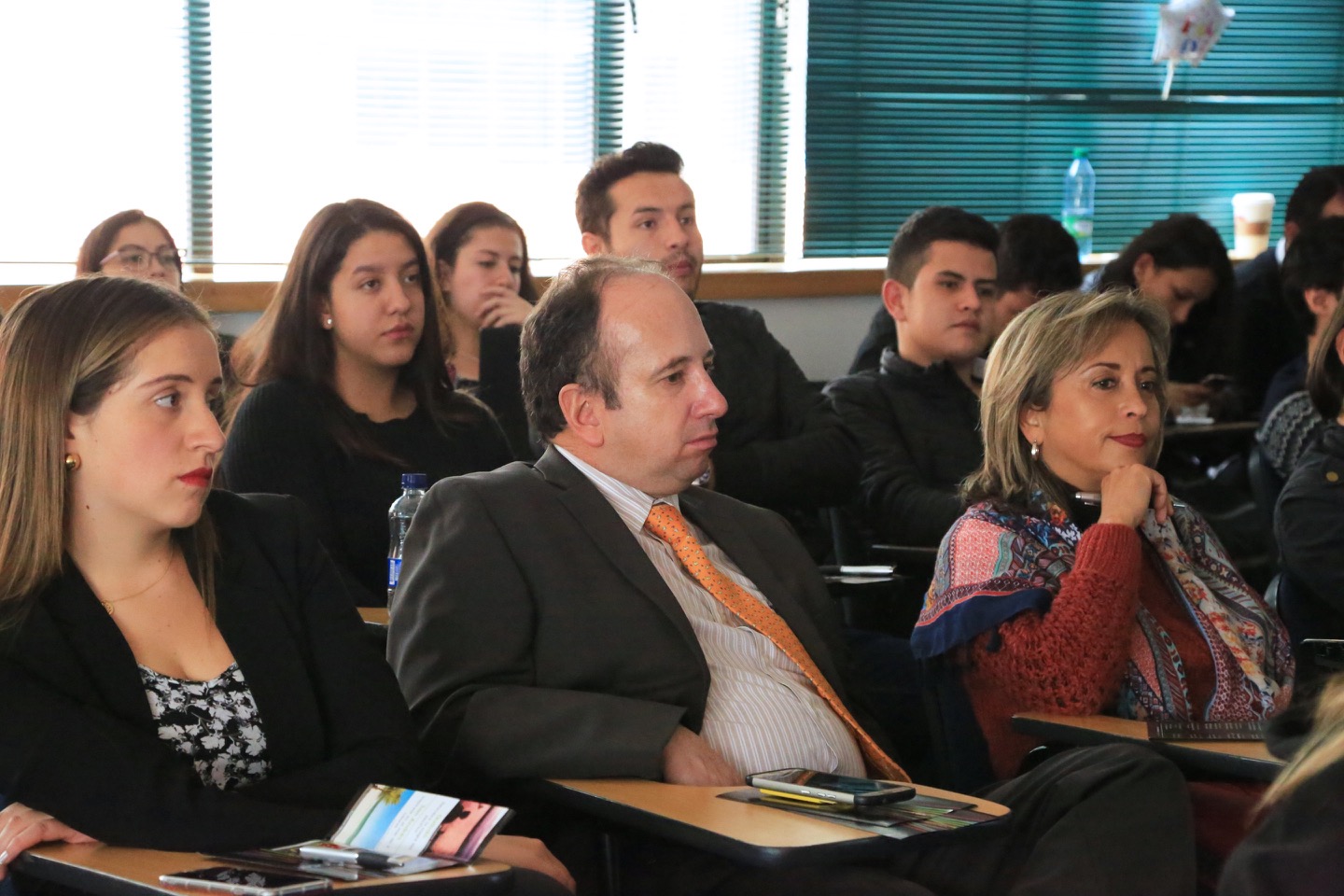 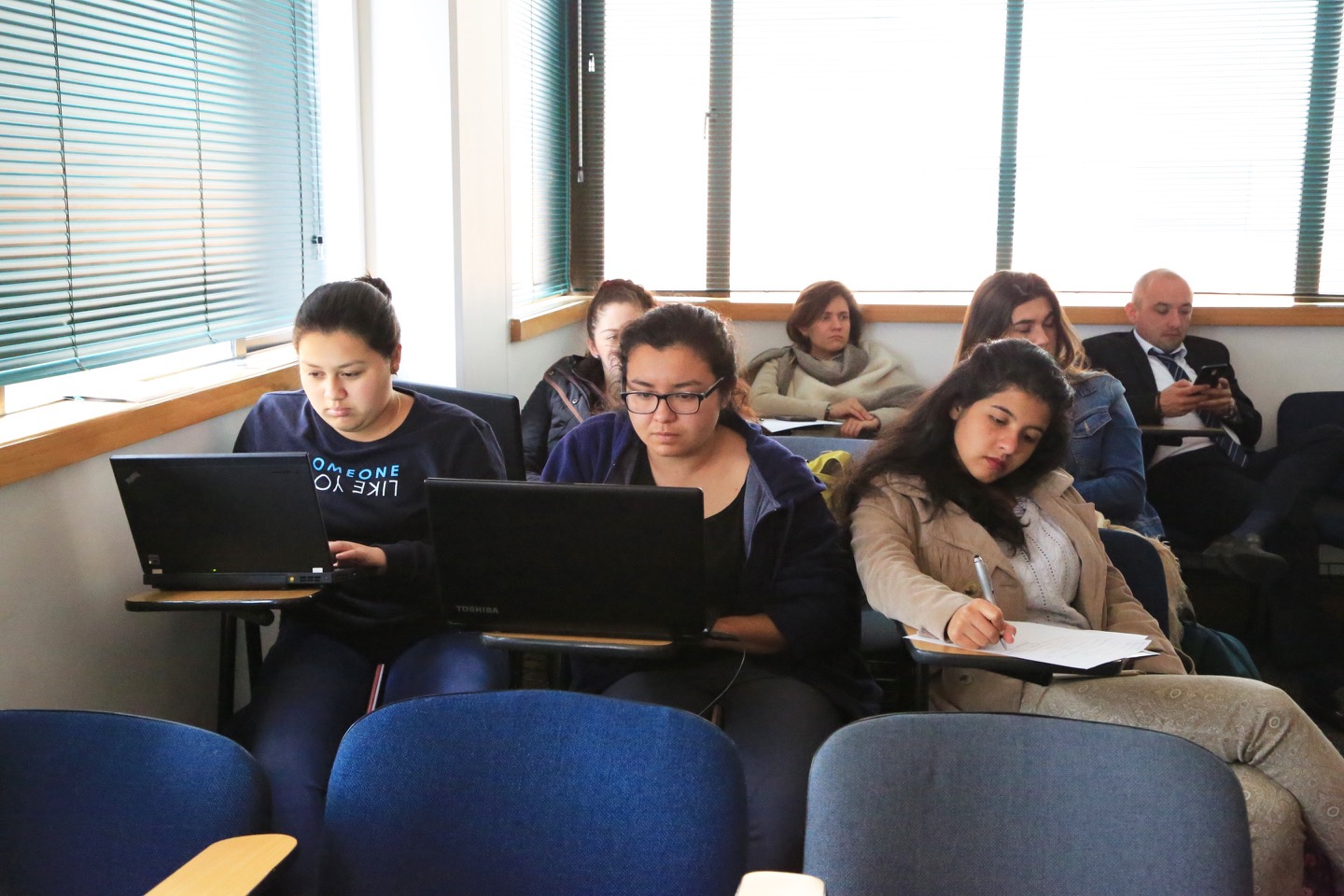 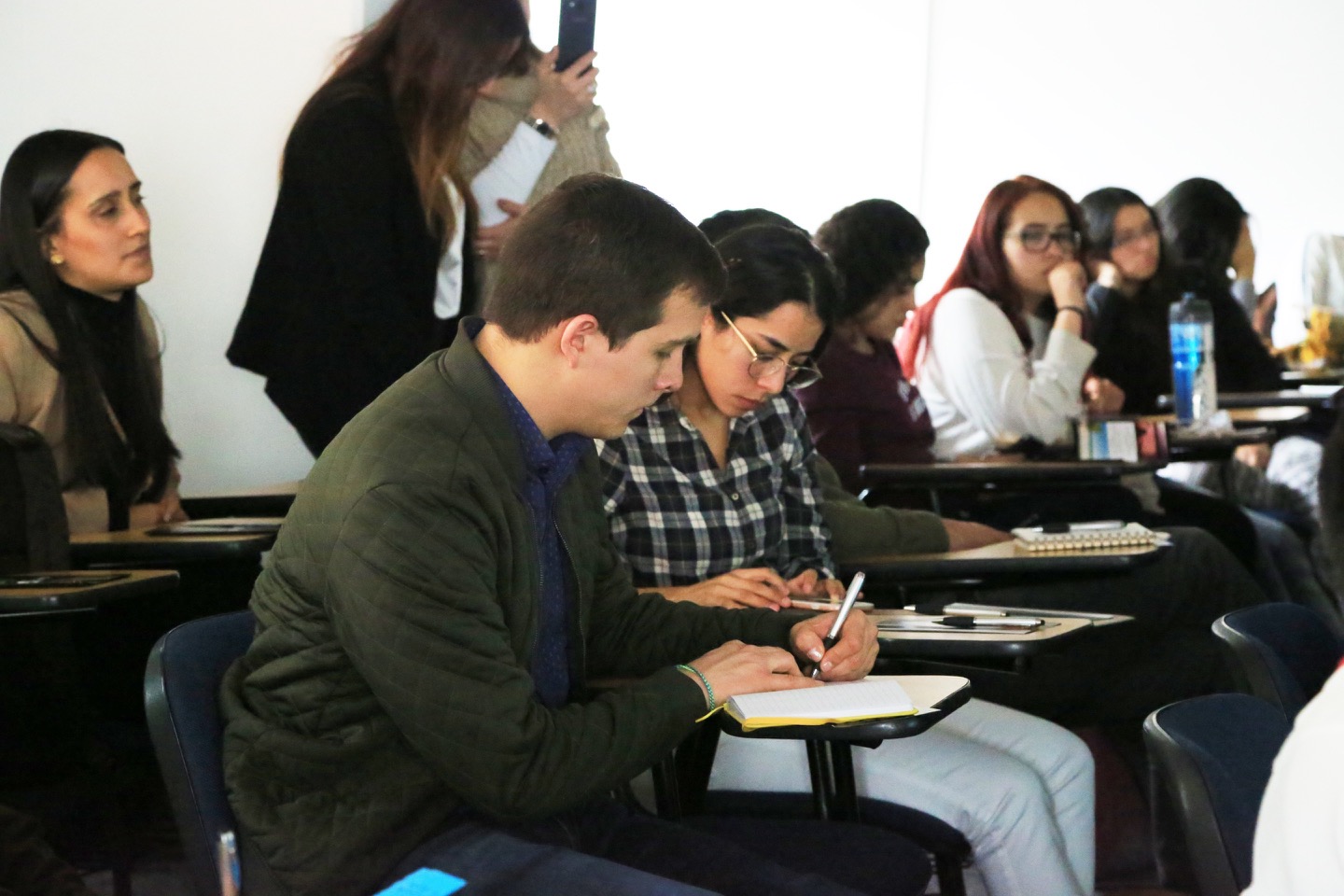 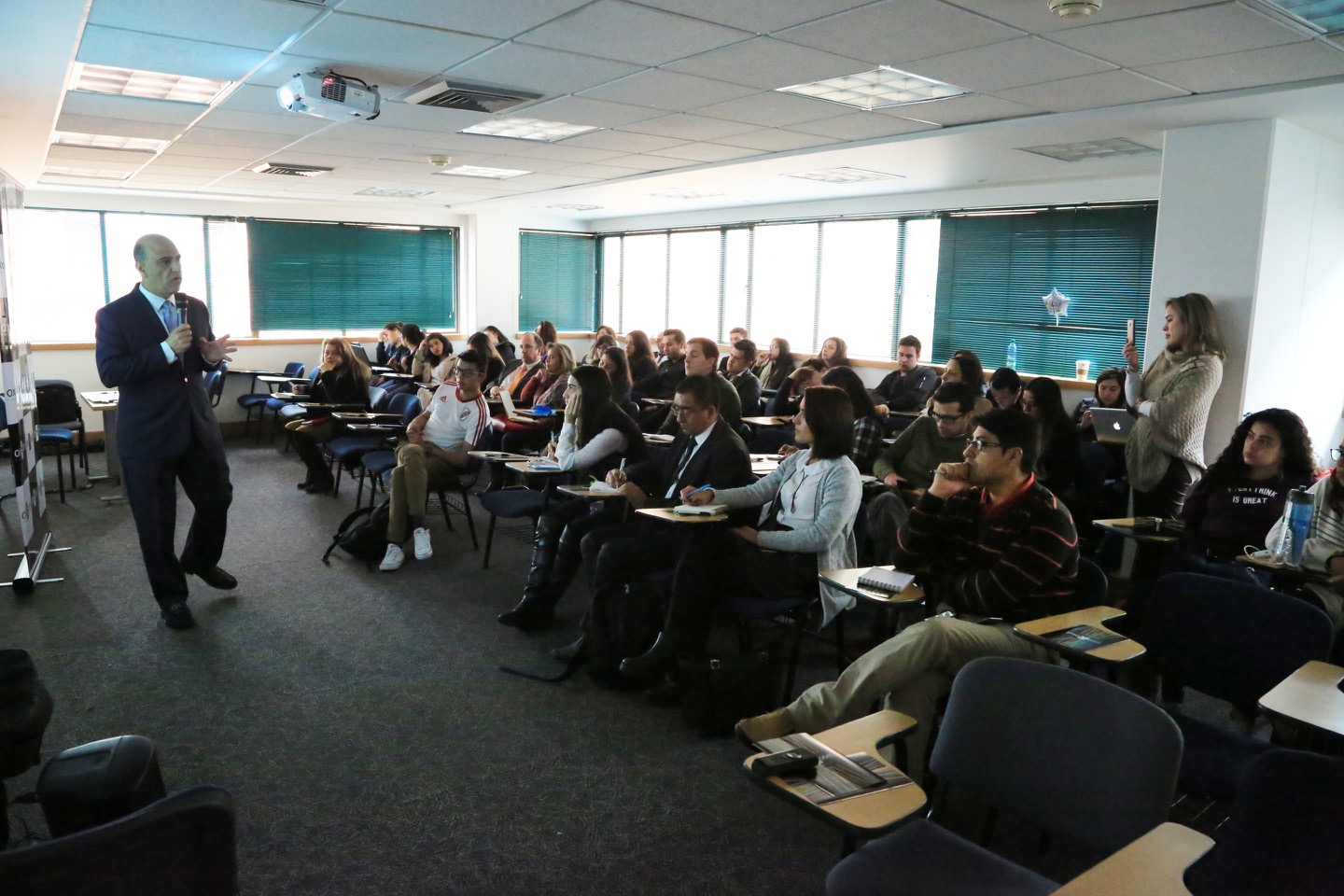