The progress of peace: “Some lime and some sand”

Within the framework of the “Tourism and Post-Conflict" talks cycle, the Tourism and Hotel Business Administration Faculty invited Ariel Ávila, Deputy Director of the Foundation for Peace and Reconciliation, who assessed the current post-conflict situation.

At the conference, attended by students, professors, and administrative staff, Ávila presented the difficult situation the country is currently experiencing, just a few months away from the two-year anniversary of the signing of the agreement between the Government and the FARC ending the conflict, after 50 years of war.

About the document “How the 2018 peace is progressing,” Ávila highlighted how this year the national Government launched the implementation of mechanisms to guarantee and meet the needs and rights of more than eight million victims of the armed conflict. Among the several positive outcomes, the guest pointed out:

The figures show a decrease in several of the crimes against humanity by members of the FARC; displacement decreased considerably: between 2016 and 2017, it went from more than 120,000 to 75,000; those affected by anti-personnel mines went, in 2006 (the worst time), from more than 1200 to 56 in 2017; kidnappings are at the lowest level in the last three decades. In 2017, there were 180 kidnappings, while at the worst times, during the late nineties, kidnappings exceeded 3,000. Also, although since 2012,  the number of homicides showed a marked decline, nationwide, in 2017, the homicide rate was equated, with a slight increase in certain municipalities.

However, not everything is good news.  As explained by Ávila, the Government is facing great challenges in the implementation of several points of the agreement and many questions arise as to how President Duque will assume this challenge. The speaker recalled the new President has said he wants peace, “but not this way;” thus, generating great uncertainty.

In the past 18 months, added Ávila, many obstacles have not been surpassed. On the one hand, some areas abandoned by the FARC are beginning to experience delicate security problems; homicides have increased, areas have been taken over by criminal organizations, and several of these areas are war theaters. Secondly, the reinstatement policy faces complex problems; a productive project for ex-combatants was just approved, other projects are still not banked, and there is no land available to develop economic development initiatives.

Thirdly, the State, even though it has the economic resources, has not been quick in their execution. Finally, there are very serious problems that have not been resolved, such as the victimization of social leaders. In addition, programs such as the Development Plans with a Territorial Approach (PDET) and the National Integrated Program for Voluntary Substitution of Illicit Crops (PNIS), have failed to respond to the communities’ problems, and some have already begun to take the Law into their own hands and are feeling the Government’s weakness in the implementation of the terms of the agreement.

“We must bear in mind the armed conflict in Colombia has been one of the longest in history; thus, we will not reach a stable peace in one day. It has now been two years, and every post-conflict situation experiences two fundamental stages: a three-year stabilization, and a five to ten-year normalization,” said Ariel Ávila.

During the meeting, the guest answered several questions from the students and invited them to view the study which addresses, in more detail, each of the challenges still facing the country and especially, where we are now. 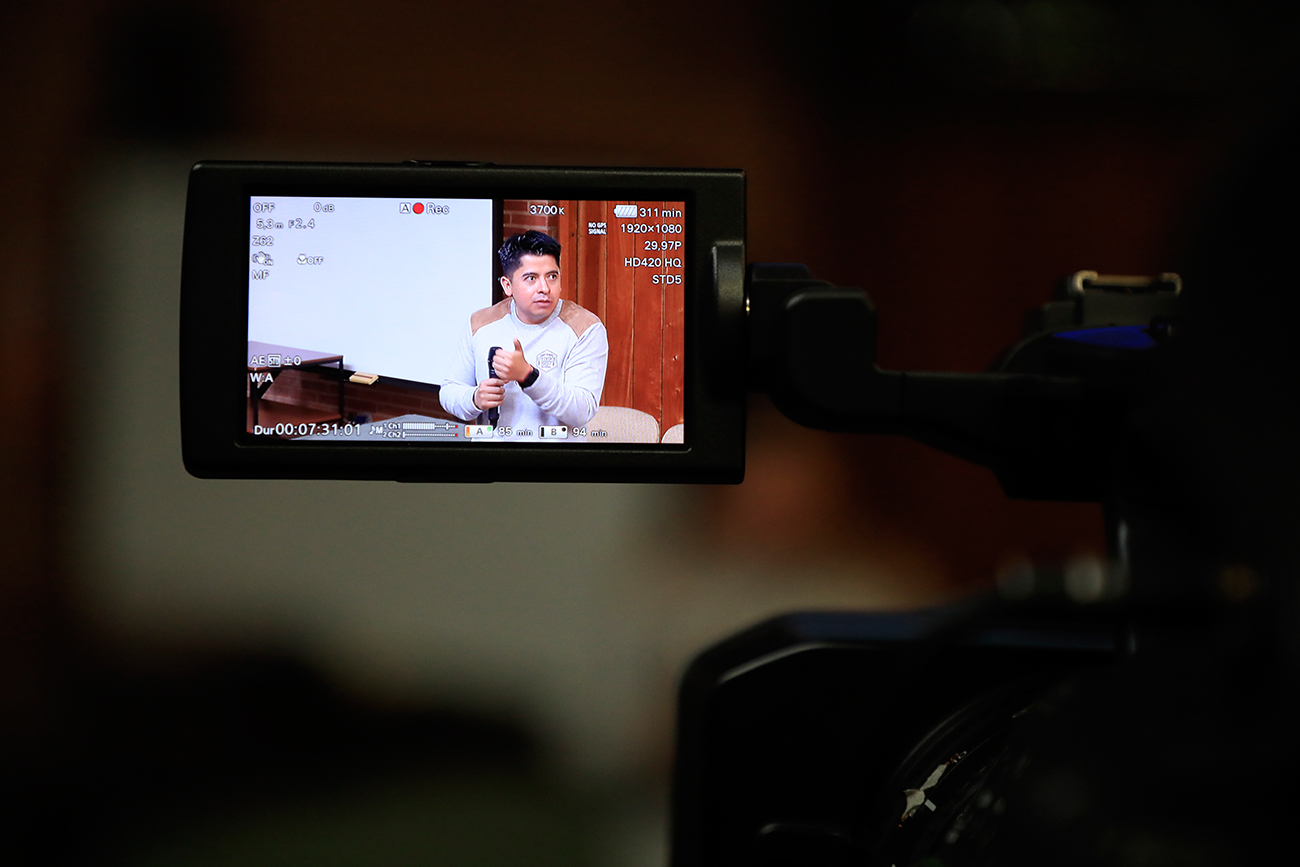 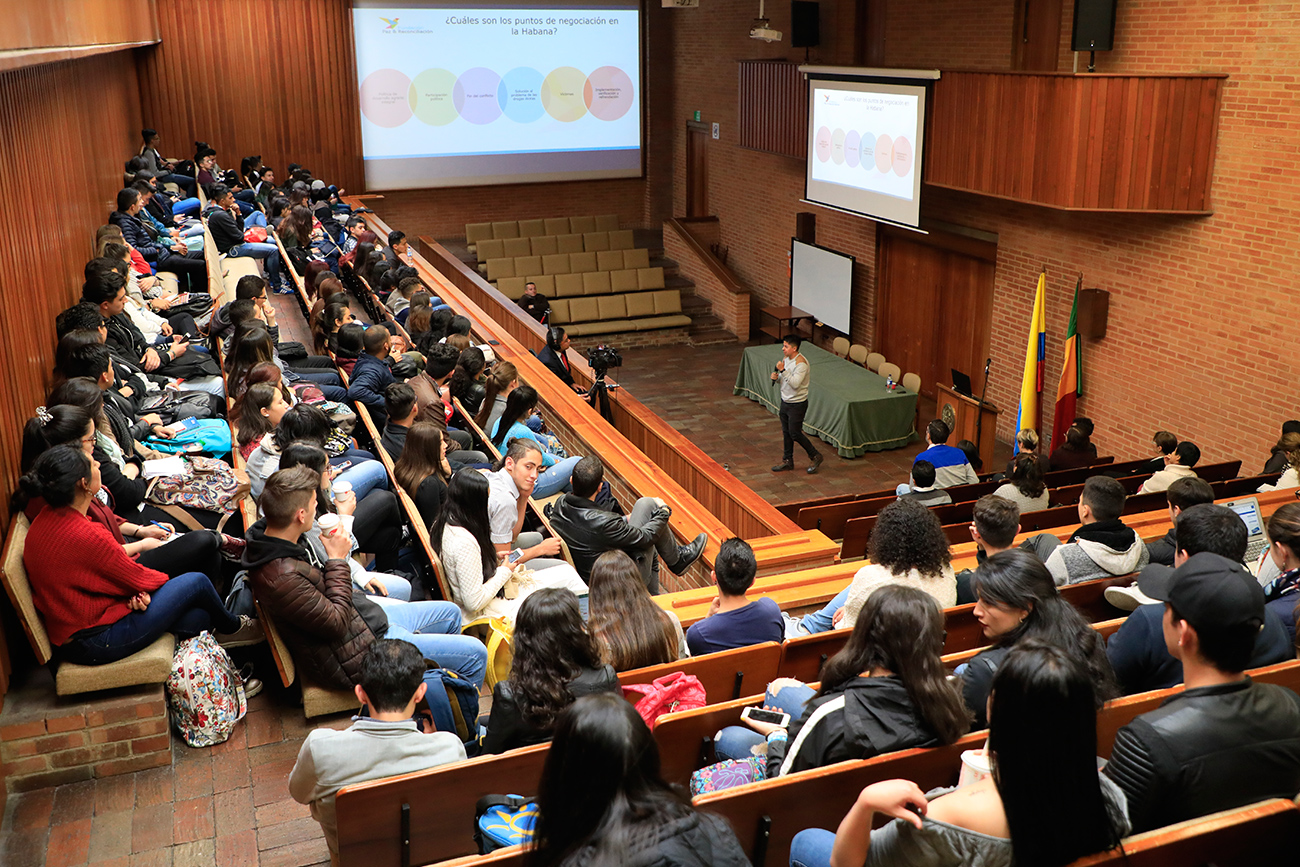 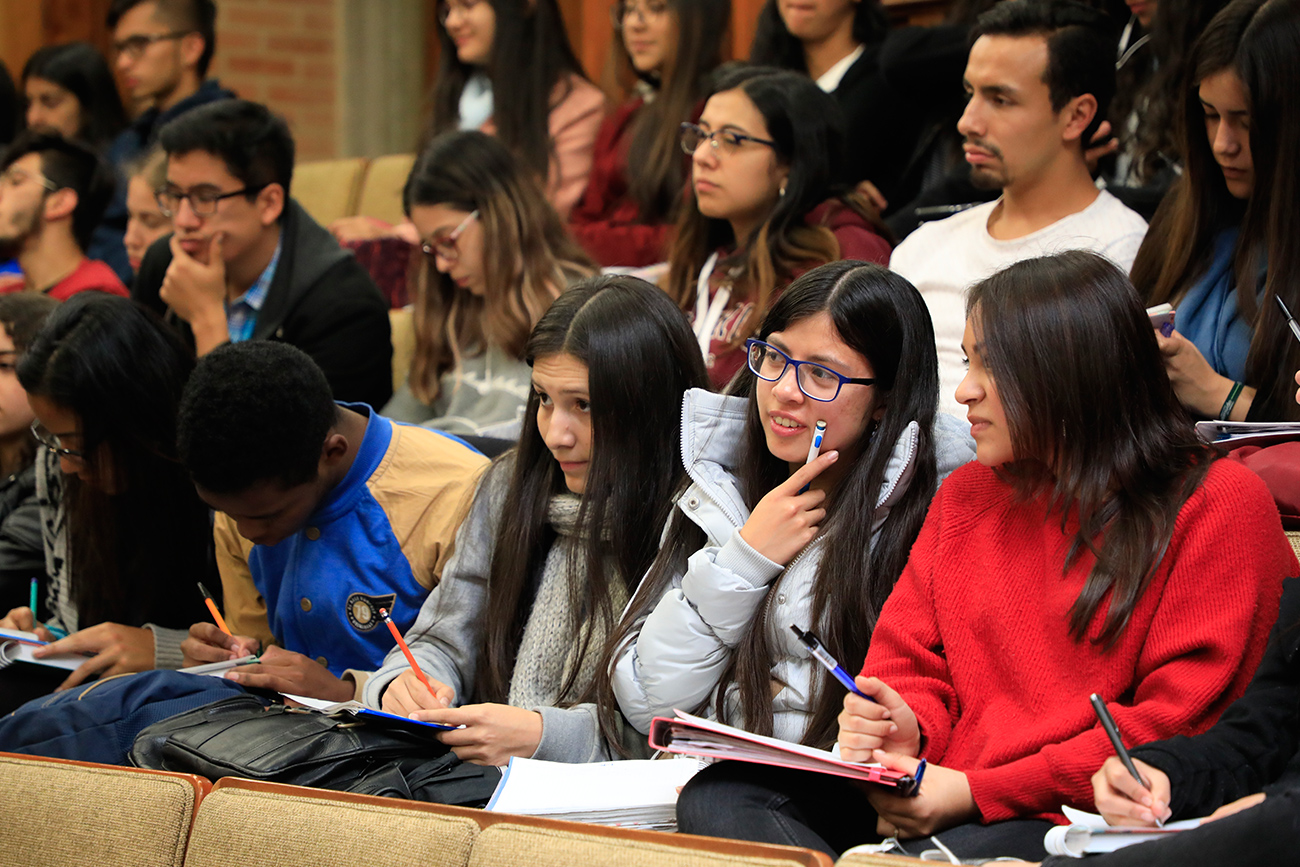 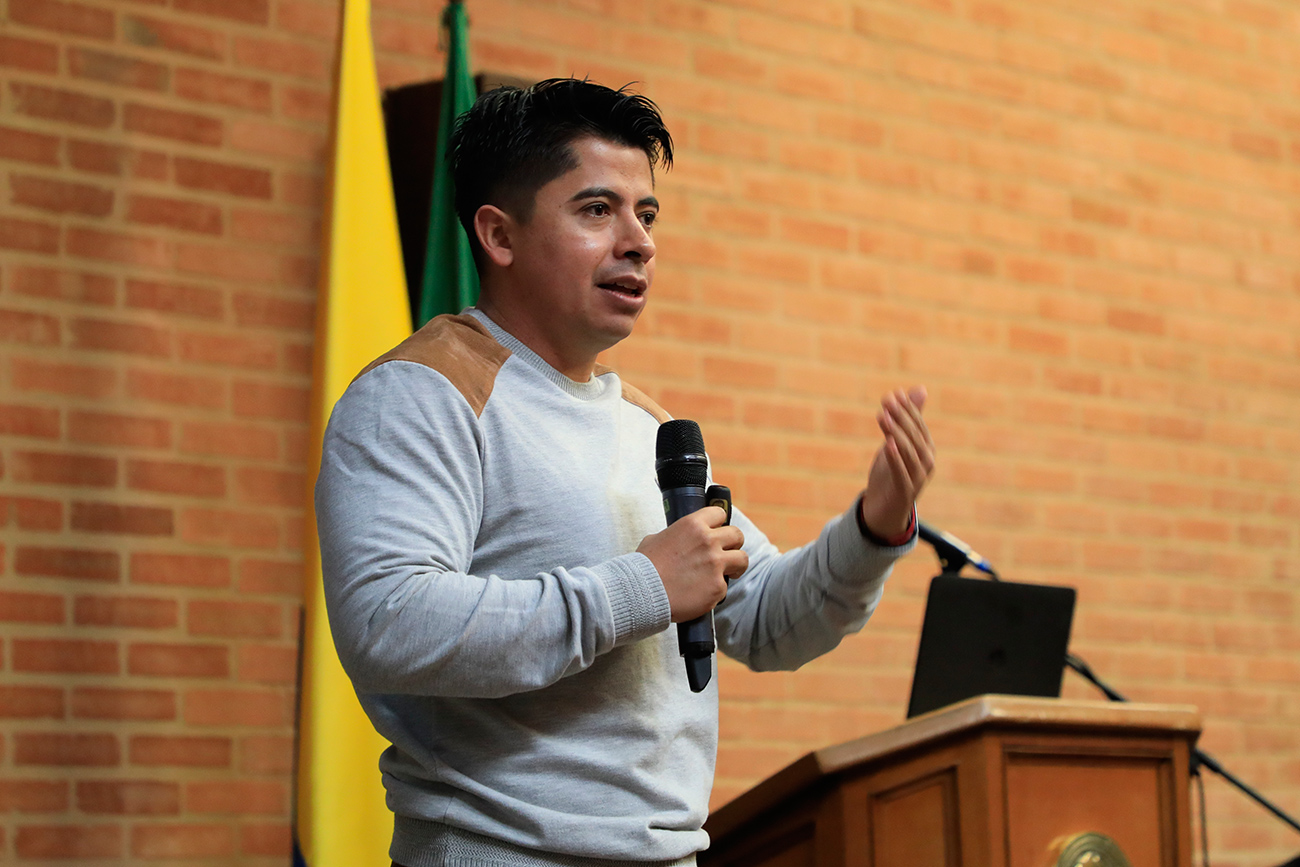 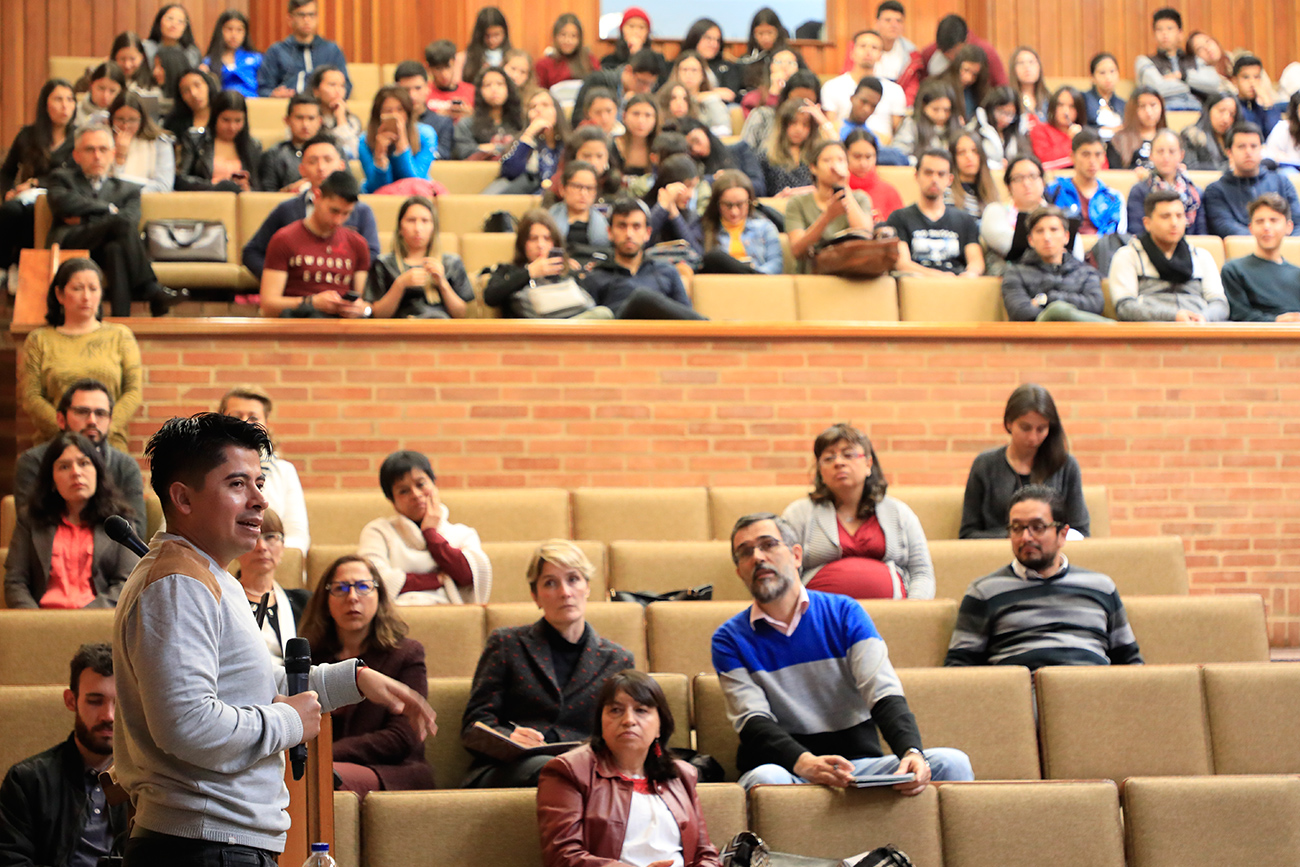 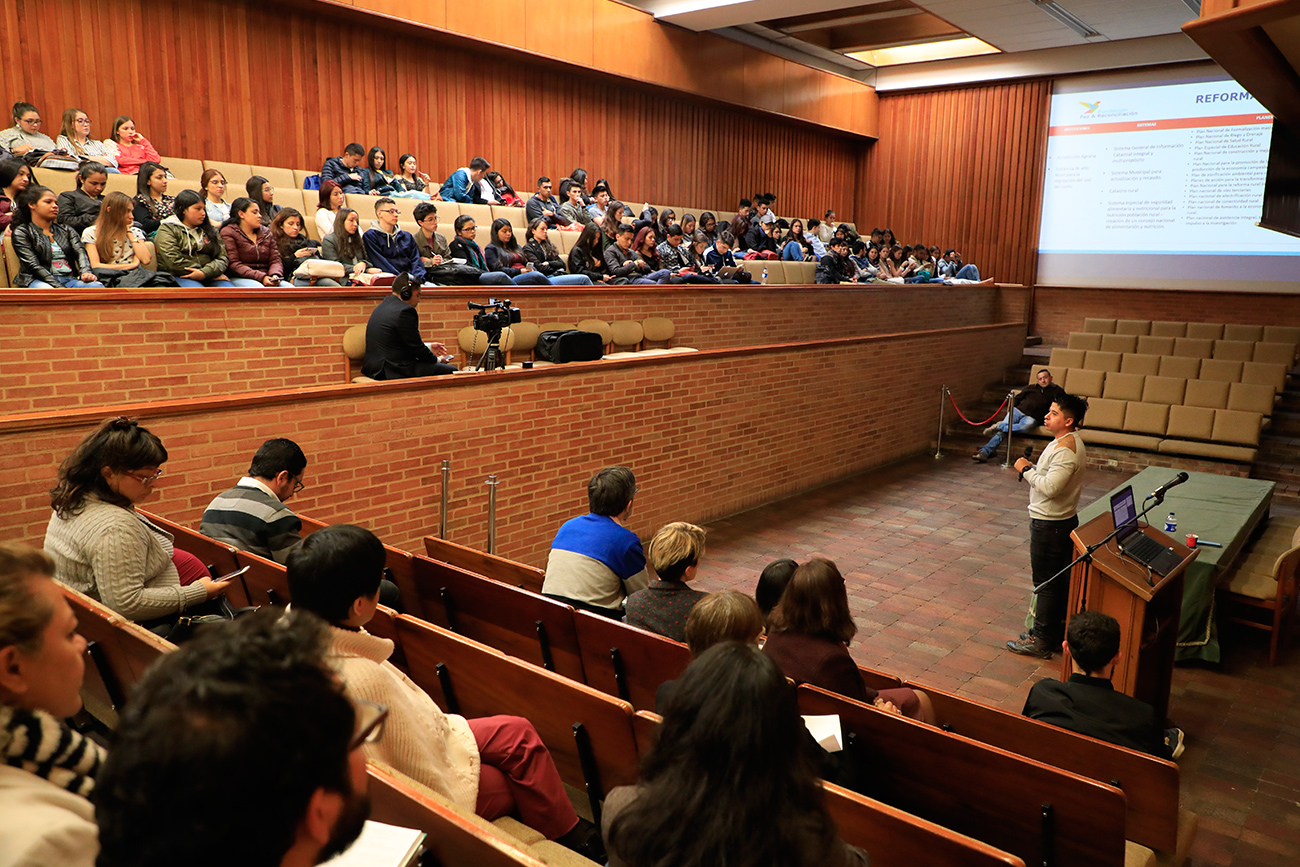 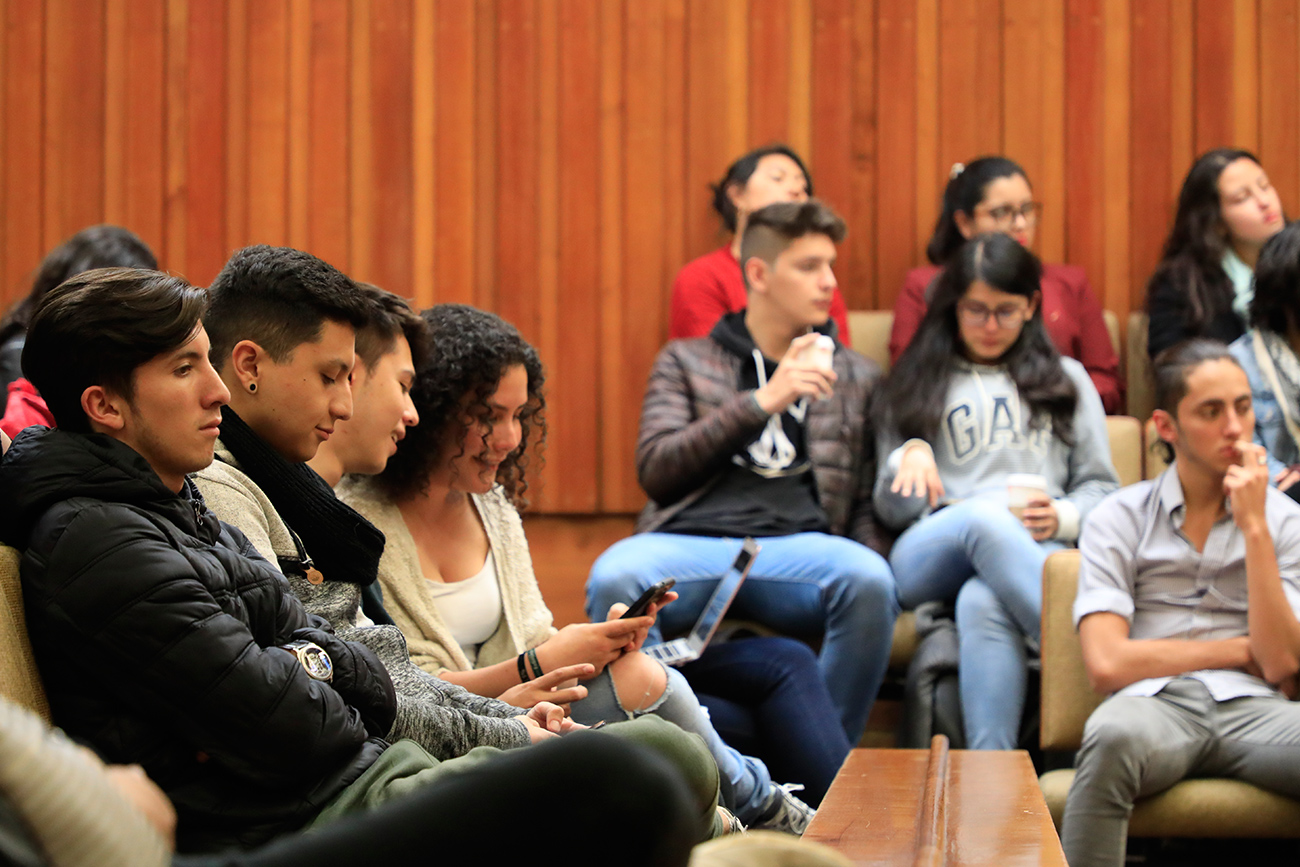 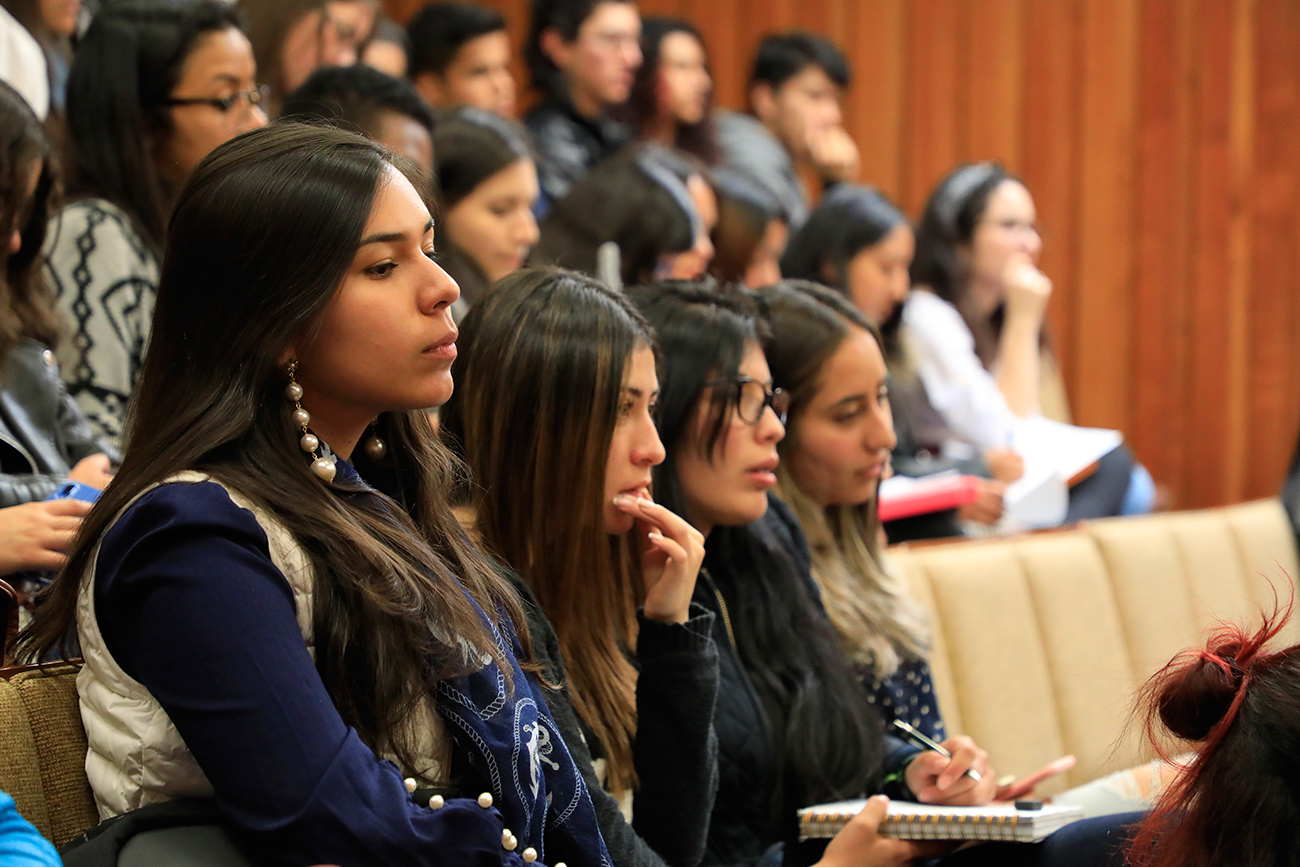 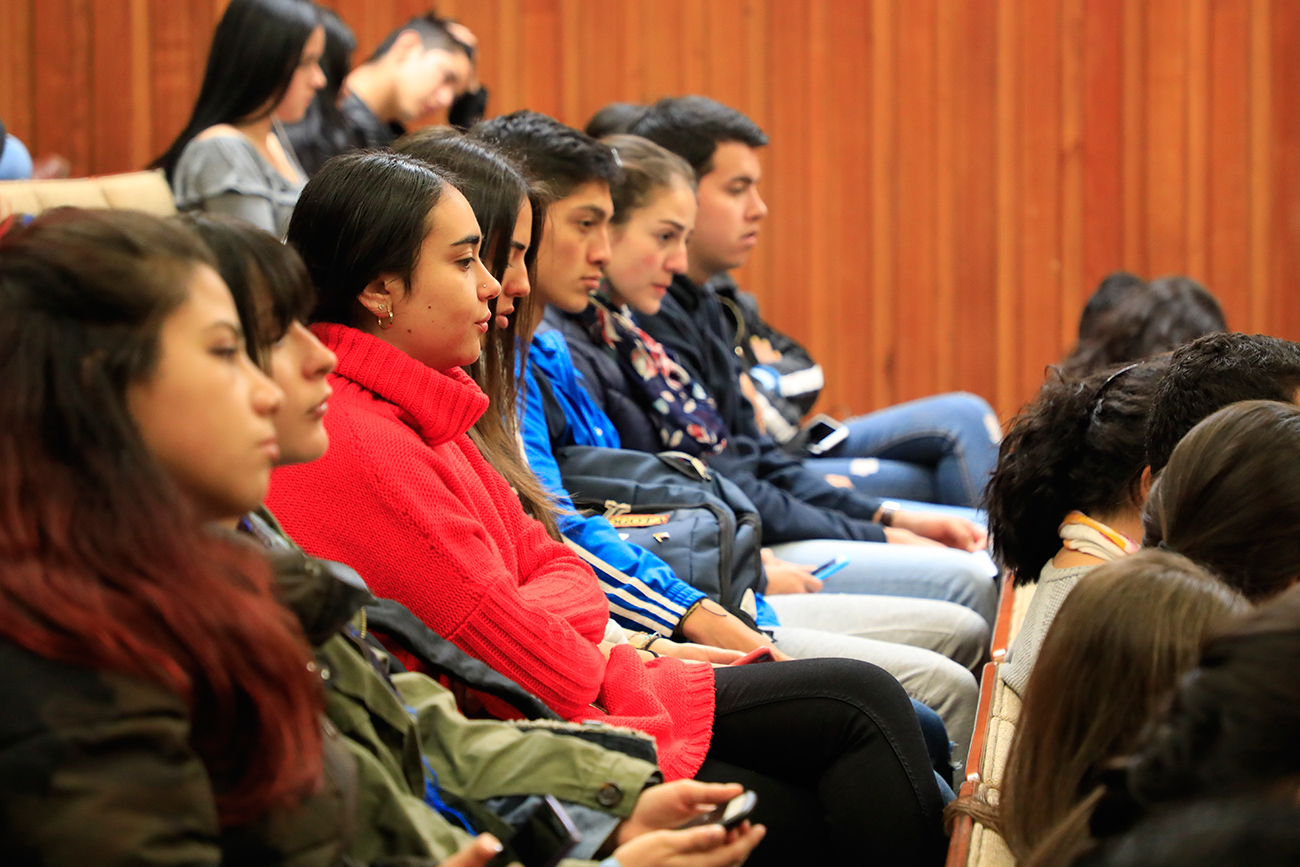 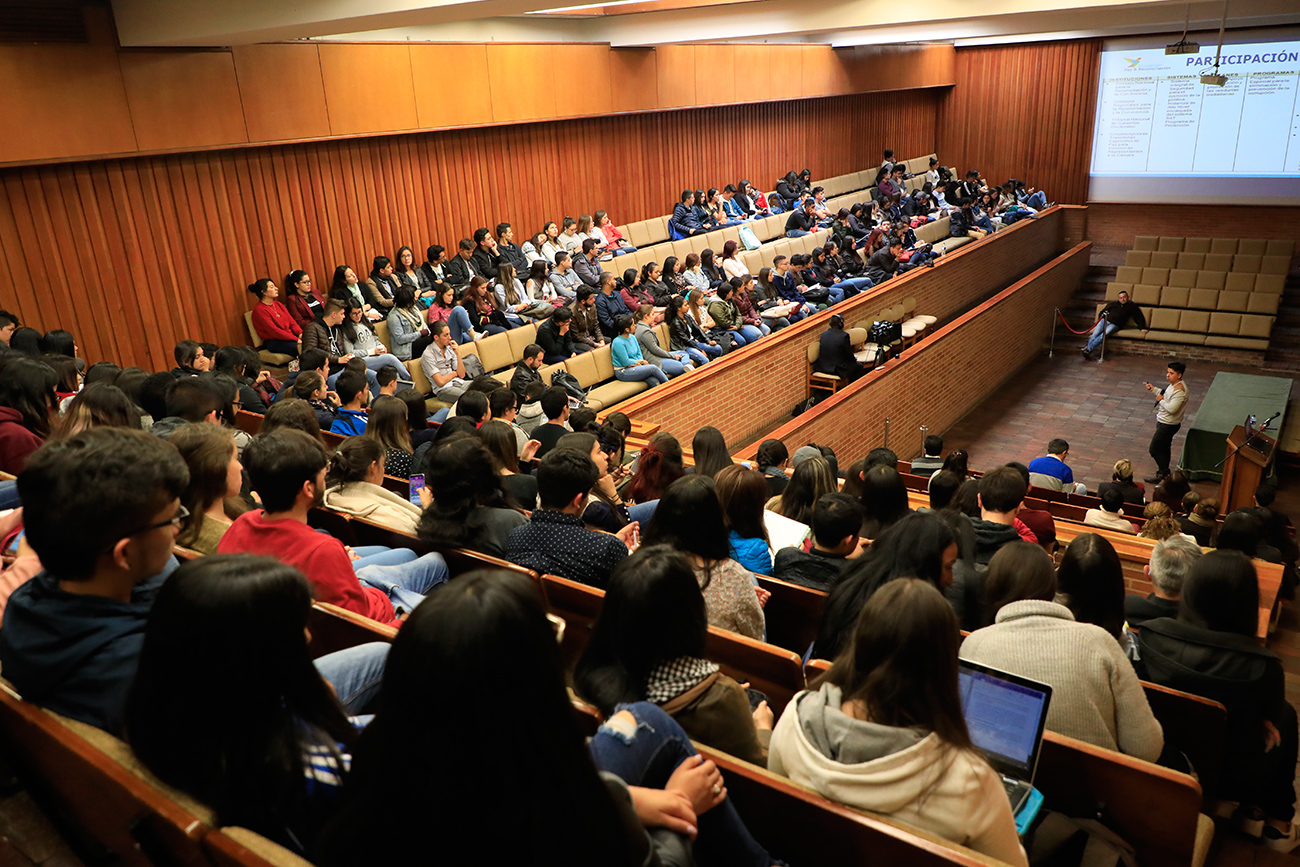 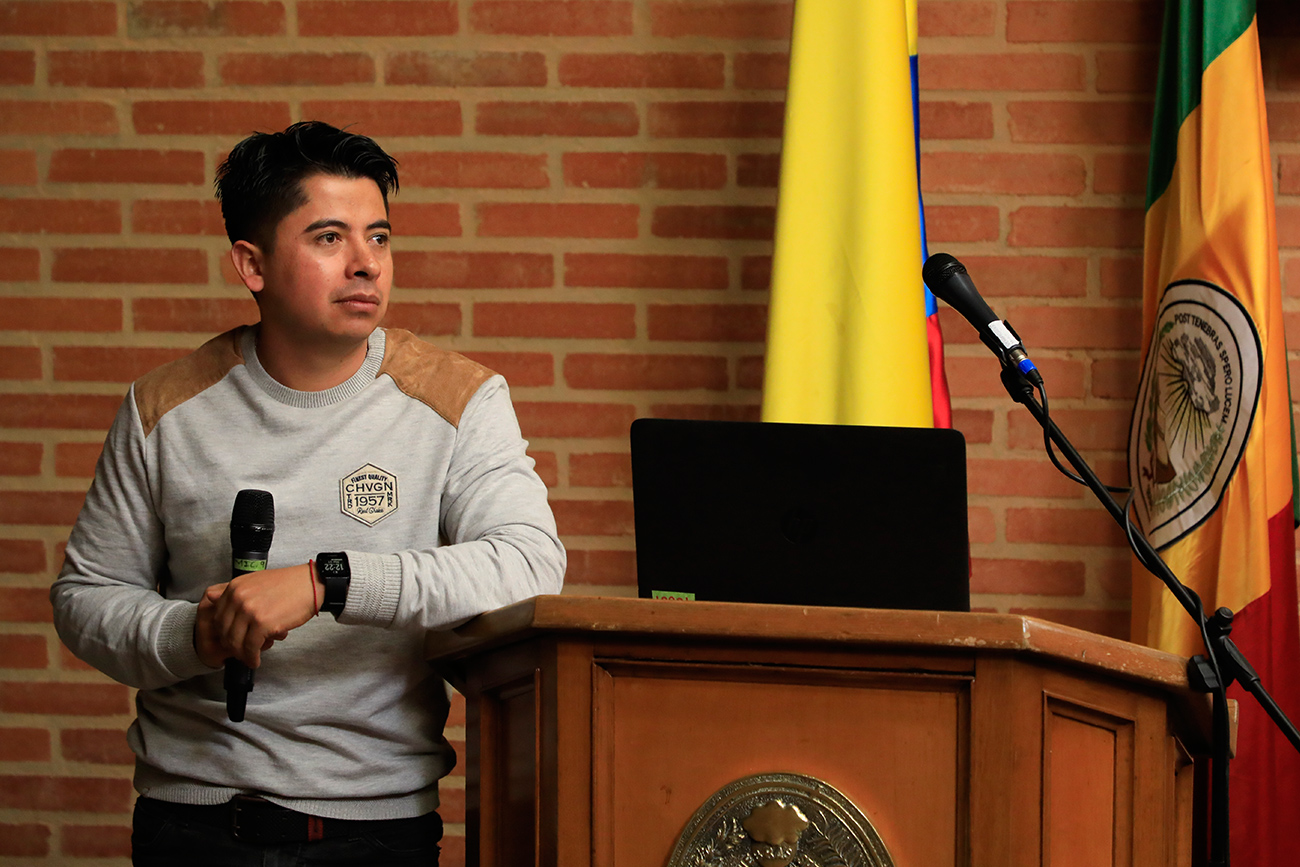